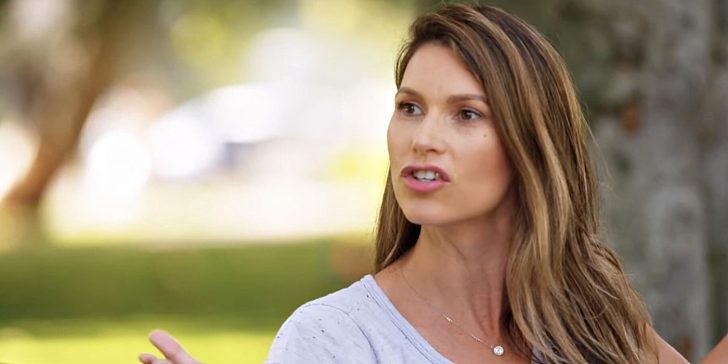 Selling Sunset star Maya Vander is doing “much better” and hopes to get pregnant again after suffering a “freak accident” pregnancy loss.

Selling Sunset star Maya Vander opens up about leaning on her husband and friends in the aftermath of suffering a pregnancy loss and reveals that she hopes to get pregnant again in the future. Selling Sunset is currently in its fifth season, and has been packed with drama from the outset. Maya has been with The Oppenheim Group since its early aughts and is a beloved fan favorite of the show, known for her laid-back attitude and down-to-earth demeanor. Unlike many of her costars, Maya tends to stay out of the center of the drama and is focused on her family and work. Although Maya has been on the show since season 1, she may not stay for season 6.

The real estate agent is originally from Israel but traveled extensively in Europe before eventually settling down in Los Angeles. During the first season, Maya vulnerably shared with castmate Chrishell Stause that she had suffered two miscarriages in the past. Maya is currently a mother to two children, a son named Aiden, and a daughter named Elle. She shares her children with her husband who lives and works in Miami, where she splits her time. The reality star is very private about her personal life, particularly when it comes to her husband, whose name she has never identified on the show. Maya is a dedicated wife and mother and makes it known that family is very important to her.

During the Selling Sunset season 5 reunion, Maya opened up about suffering a stillbirth at 38 weeks. Maya explained what happened, saying, “I was 38 weeks and apparently it was a freak accident. It was just a bad accident with [the umbilical] cord mixed with some swallowed placenta.” She noted that her husband and friends have helped her cope with the loss, saying, “But I’m doing much better. And, you know, I have my husband. He’s amazing. My kids are great. They, you know, keep me going.” The real estate agent commented that everyone in The Oppenheim Group was incredibly supportive of her and her family after she announced the news of her pregnancy loss, and that “everybody was so kind.”

Throughout the show, Maya has always been a strong woman and continues to show courage in the face of her loss. In an interview with Us Weekly, Maya opened up about the experience of the stillbirth, and how difficult it was. “I delivered a normal baby that looked like he was sleeping,” she said, “This will chase me forever.” Although she acknowledged that she will never forget the pain of the trauma she endured, she is looking to the future and focused on healing. “I think part of my healing is getting pregnant again,” she revealed, “And I really hope I will.”

While her Selling Sunset castmates are making snide remarks about each other and engaging in entertaining backstabbing and gossip, Maya has been a steadfast voice of reason. Fans noted that the women rarely start drama with Maya, and largely defer to and respect her, which many viewers contribute to the calm centeredness she exudes. Maya’s willingness to be vulnerable and open about her struggles with motherhood and pregnancy has been largely impactful for viewers and has helped to minimize the stigma around miscarriage. Whether in real estate or motherhood, Maya approaches every endeavor with strength and honesty.

Next: Why Selling Sunset Cast Doesn’t Believe Christine Had COVID-19