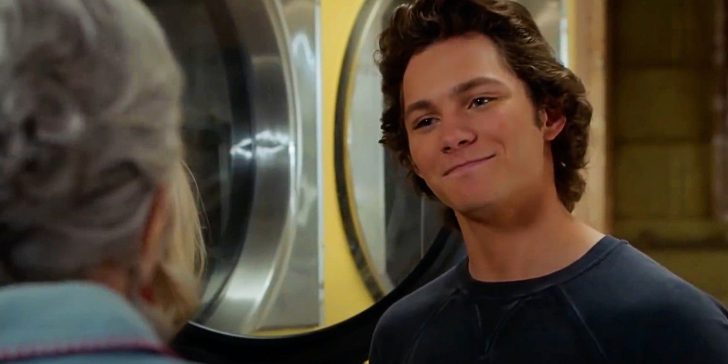 Meemaw surprisingly helps Georgie to continue lying to his new girlfriend about his real age in a brand new Young Sheldon season 5 clip.

A brand new Young Sheldon season 5 clip sees Meemaw (Annie Potts) helping Georgie (Montana Jordan) lie to his girlfriend about his real age. Following a series of Sheldon-centric episodes, The Big Bang Theory spin-off is once again putting some focus on the other members of the Cooper clan. That includes Meemaw and Georgie’s latest scheme, and it doesn’t have anything to do with their laundry business.

Throughout Young Sheldon season 5, the sitcom has given every single member of Sheldon’s family their own arcs. George (Lance Barber) has his growing attraction to Brenda (Melissa Peterman), not to mention being on the brink of getting fired. Mary (Zoe Perry) and Missy (Raegan Revord), on the other hand, are crushing on the same guy. Meanwhile, Sheldon is busy with various shenanigans at East Texas Tech. Finally, Georgie and Meemaw team up for a business venture. This all started when Georgie decided to quit school when he realized that it doesn’t really interest him, deciding that it’s best for him to start working full-time instead.

Now that the duo’s laundromat/gambling den is seemingly doing well, they once again team up to pull another scheme — deceive Georgie’s new girlfriend about his real age. It’s worth remembering that he started dating an older lady and to keep seeing her, he lied about his real age. In a new clip for Young Sheldon season 5, episode 15, titled “A Lobster, an Armadillo and a Way Bigger Number,” Meemaw realizes what her grandson did, and surprisingly, she doesn’t rat him out. Watch the clip from TV Promos below:

Elsewhere in the upcoming Young Sheldon episode, Mary decides if Sheldon can join Dr. Linkletter (Ed Begley Jr.) and Dr. Sturgis (Wallace Shawn) for an educational road trip. Surprisingly, the Cooper matriarch leans towards allowing her youngest to join his mentors, and it’s curious if the change in her is motivated by the last episode’s lottery ticket snafu. It can be remembered that George didn’t like that his wife is always so buttoned up and proper; he hoped that she would loosen up once in a while, which she seemingly does. However, knowing Sheldon, the upcoming adventure won’t be as smooth sailing as everyone would want it to be.

As for Georgie’s plotline in this week’s Young Sheldon, it’s safe to say that he will get busted sooner or later. While Meemaw helps him in this particular instance, it doesn’t seem like she’s completely on board with what her grandson is doing just to keep his girlfriend. But more than her, Georgie needs to be careful about the rest of his family ratting him out, especially Mary and Sheldon.