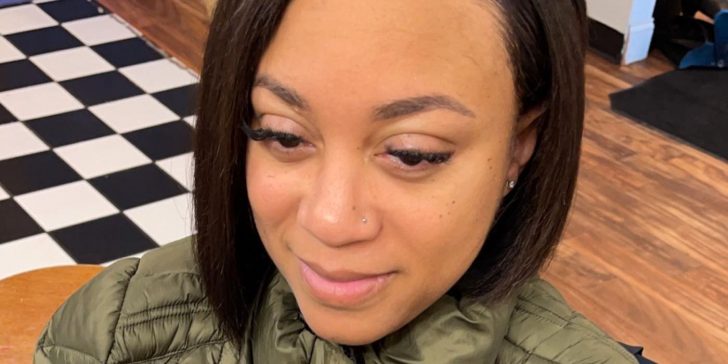 Memphis Smith was spotted spending time with former 90 Day Fiancé cast member Laura Jalali without her husband Hamza Moknii on Instagram. The 34-year-old Michigan beauty Memphis debuted on 90 Day Fiancé: Before the 90 Days season 5 with then online boyfriend and Tunisian man Hamza, 26. Fans didn’t see Memphis and Hamza going through with their wedding but they did within just two weeks of their in-person meeting. On their honeymoon, Memphis revealed she was pregnant with Hamza’s baby. The 90 Day Fiancé pair were together at the Tell-All but Memphis’ Instagram stories hint at a split with Hamza over him allegedly being abusive.

Hamza was the only international partner on 90 Day Fiancé: Before the 90 Days who made it to America after the season ended. Hamza is supposedly staying with Memphis currently and seems to be filming a new season which is rumored to be 90 Day Fiancé: Happily Ever After? with their baby. Fans suspect Memphis, who was in Kairouan for about a month in January 2021 welcomed her baby with Hamza sometime in November. More details about Memphis and Hamza are to be discussed during the 90 Day Fiancé: Before the 90 Days Tell-All Part 2. But as of now, Memphis appears to be in London, Ontario, Canada because that’s where her surprising best friend Laura lives.

Related: 90 Day Fiancé: Why Memphis Will Be Financially Responsible For Hamza

On Friday night, Memphis reached 100k followers on Instagram and thanked her fans for their support via her stories. The stories also featured Laura from 90 Day Fiancé: The Other Way season 1 and another friend of Memphis’ called Deborah. Memphis didn’t explain how she knows Laura but did add a story in which she wrote, “Thank you for your hospitality.” Laura confirmed TLC reality TV star Memphis was visiting her when she posted a reel captioned, “Me and my sweet friend @missmemphis05 having a great time in Canada eh !” However, fans did seem to find one common connection between Memphis and ex 90DF celeb Laura as they both married Tunisian men on the show.

In 90 Day Fiancé: The Other Way season 1, 54-year-old Laura left her life in Florida to go live with 29-year-old Aladin in Qatar where he was then working as a personal trainer. Things didn’t work out between Laura and Aladin as they married in July 2018 but were divorced a little over a year later in October 2019. The same is suspected to have happened between Memphis and Hamza. Laura recently made an appearance in 90 Day Diaries when she revealed that when Aladin decided to divorce her she “virtually lost everything.” Aladin found love again after his split with Laura and is now married to his mysterious wife Maria Talebi. Aladin prefers to hide Maria’s face from social media but has shown off their rings to Instagram followers and posted a romantic photo with the hashtag #husbandandwife.

Laura and Tunisian ex-husband’s story may not be similar to Hamza and Memphis’ plot on 90 Day Fiancé: Before the 90 Days. Because neither did Aladin come to America nor did he and Laura have a baby.  But apart from their Tunisian adventures, Memphis and Laura don’t seem to have anything else in common. Laura has previously formed a friendship with 90 Day Fiancé co-stars Evelin Villegas and Corey Rathbun and had gone to stay with the couple in Ecuador. It was Laura who had revealed that Evelin and Corey were secretly married, even though it was revealed on 90 Day Fiancé: The Other Way years later. Memphis’ admirers hope Laura doesn’t end up betraying Memphis this time. Because as of now it’s Hamza’s sister Rawia who’s already accusing Memphis of not treating her brother well.

Next: 90 Day Fiancé: Get To Know Memphis’ Ex-Husband Justin Before Hamza

Will Smith Banned From The Oscars For Next 10 Years