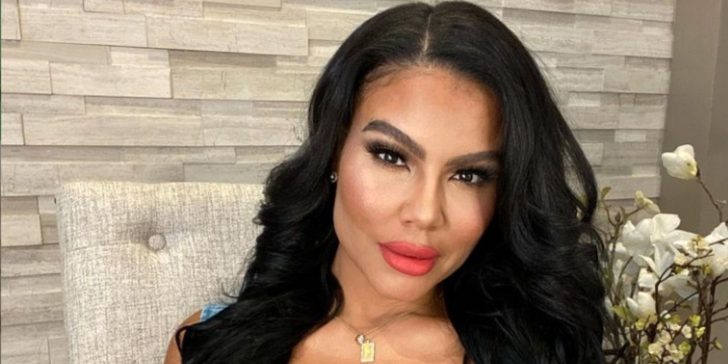 Mia Thornton courageously took to Instagram to let The Real Housewives of Potomac fans know that she was recently diagnosed with cancer.

Mia Thornton courageously took to Instagram to let The Real Housewives of Potomac fans know that she was recently diagnosed with cancer. Mia has been noticeably silent on social media after the season 6 reunion. Many have been wondering if she will return for the new season. But Mia recently gave fans an update on her whereabouts and the current health scare she’s facing.

Mia proved to be the perfect replacement for Monique Samuels following her season 5 exit. Mia stepped onto the scene with guns blazing and quickly ignited feuds within the group. Over the season, Mia went at it with Wendy Osefo, the Green-Eyed Bandits, and had an infamous salad tossing match with Candiace Dillard. Mia and Candiace’s differences carried over into the reunion spilled onto social media. Mia became known for her controversial social media posts aimed at her castmates. But in recent months, the certified “boss” has been pretty silent and she is revealing why.

On Friday, Mia shared a lengthy post to her Instagram page revealing her recent cancer diagnosis. “Same time last week, Doc called at 7:31am — Mia I’m so sorry but your test results came back and I need you to go to Johns Hopkins Cancer Center today,” Mia captioned a selfie photo. She mentioned how she and her husband Gordon are taking the life-changing news. “You can only imagine the overwhelming amount of emotion G and I endured trying to figure out why,” Mia wrote. “However, even with such terrible news, I felt an extreme amount of peace and energy instilled that allowed me to remain strong.”

As Mia tends to her health, she has been back and forth to the hospital for treatment. “I’ve been in and out of visits to specialists every day and the storm is not over but this experience is changing me,” Mia explained. She ended her transparent post by sending love to her followers and spreading positive vibes. A few fellow Housewives shared supportive words in her comments section including Robyn Dixon and Monique Samuels. Other housewives from other franchises reached out including Drew Sidora, Cynthia Bailey, and Sheree Whitfield.

The shocking announcement comes after Mia’s standout debut season. Despite all the drama she stirred up, Mia was well-received, with most viewers saying she deserved a second season. The Real Housewives of Potomac is inching closer to beginning filming for season 7. With Mia revealing such serious news in between filming, fans are wondering if she will make a comeback. Mia is known for being transparent and should she choose to share her treatment journey on the show, she could offer a lot of inspiration to others facing similar challenges. Fans are flooding Mia’s comments with words of encouragement. Her reveal is nothing to take lightly.

Next: RHOP: What Happened To Katie Rost After Season 1?