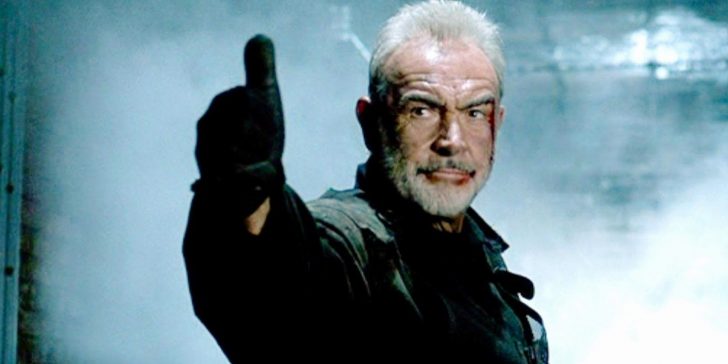 Action Director Michael Bay has admitted that he was afraid to direct Sean Connery in his hit film The Rock, but the two wound up liking each other

Action director Michael Bay admits that he was afraid to direct Sean Connery in his hit film The Rock. Released back in 1996, The Rock was, in fact, only the second action film released by now legendary action director Bay. The film tells the story of a chemist and an ex-con who must lead a counterstrike against a group of military men who are threatening a nerve gas attack against San Francisco from Alcatraz. Along with iconic James Bond actor Connery, The Rock also stars Nicolas Cage and Ed Harris, and remains one of the top action films ever.

Over his career, Bay has worked with many top tier actors. In the last 27 years, Bay has worked with the likes of Will Smith, Shia LaBeouf, Frances McDormand, John Malkovich, Jake Gyllenhaal, Bruce Willis and Ryan Reynolds to name a few. While some moviegoers may have divided opinions on the director due to his very specific style of filmmaking, Bay has become known as one of the most lucrative directors in Hollywood today, which makes it hard to imagine that Bay would ever feel unconfident while on set making a movie.

However, in a recent interview with Collider to discuss his new movie Ambulance, Bay has admitted that he was very scared to direct Connery while filming The Rock. At the time, of course, Bay was a fresh, up-and-coming director, while Connery was already a Hollywood legend. According to Bay, on his first day working with Connery, he was terrified to give him direction. Bay has stated that Connery had somewhat of a reputation for being a “director eater,” however, the two were able to develop a rapport, and Bay claims that by the end of the shoot, Connery actually quite liked him. See Bay’s full quote below:

“Okay, let me explain the very first day working with Sean Connery. I’m still a kid. Sean’s done 75 movies. I’ve done, this was my second. We’re doing the interrogation scene, with his long gray hair and the beard. I was so scared to give him his first direction. So we do one take. All right, let’s do it again. Do a second take. I’m like, oh my God, I got to give him some direction right now. “Um, Sean, can you just say that less charming?” He goes, “Sure boy. Sure boy.” So my name on the set was Boy. And he’s a director eater. He hates directors. For some reason, I remember I was down on my knees. Effects were not that good during The Rock at that time. I wanted to be a magician. I real didn’t make that much money. I knew I would never beat David Copperfield, but I did magic for birthdays when I was a kid. Okay. But I had a big quarter, a large sized quarter. And I put a wire in it, a steel bar and I would spin it towards a camera. So it looks like, there’s a scene where he takes a quarter, it flips on the table, and that’s the thing that he gets out of his handcuffs. He kind of hits his chair and he dents it, and he gets out of his handcuffs. So I was spinning this quarter, I’m down there, I’m doing it myself. Sean Connery’s looking at me and he’s got this wry smile. He was a tough love guy, but he liked me. I learned so much from that guy. And he really, really taught me a lot. He was a true, true movie star, and a consummate worker, and just his work ethic. I was very sad when he passed away. So I put The Rock line in this movie because of that.”

It is, of course, very understandable why a young director such as Bay at the time would have a hard time telling a Hollywood great like Connery how to act. However, Bay has since stated that he learned a lot from Connery, and it is very possible that Connery saw in Bay the potential for what he would become. As Bay himself stated, Connery liking a director was rare, but he certainly wasn’t wrong about Bay, given his massive career that has come since.

It’s very clear that Bay has never forgotten the experience either. Bay has stated that he was very saddened to hear about Connery’s passing, and has admitted that he snuck a line from The Rock into his latest film Ambulance out of respect. It certainly speaks a lot about an actor if after a career as long as Bay’s, the director still remembers so clearly their relationship on set. Ambulance can be caught in theaters now, and it is likely that its reference to The Rock will have Bay fans returning to watch the two Hollywood legends come together.

More: Ambulance Is Bay’s Best Movie In 9 Years – Why Is Its Box Office So Bad?