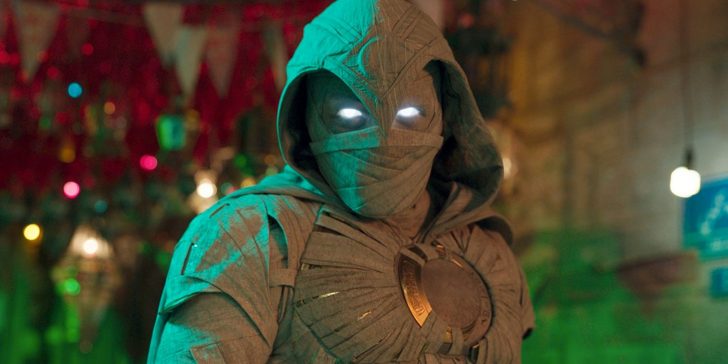 Mohamed Diab, who directed the finale of Moon Knight, reveals that the original plans for the episode were altered to feature more of Cairo.

Moon Knight had an alternate ending planned, according to the director of the final episode of the series, Mohamed Diab. Moon Knight introduces Marc Spector (Oscar Isaac), a man with dissociative identity disorder, to the Marvel Cinematic Universe. While Marc and one of his alters, Steven Grant, work to understand each other, they are caught up in a conflict surrounding the ancient Egyptian gods. Specifically, Marc and Steven are tasked with stopping Arthur Harrow (Ethan Hawke) from freeing Ammit, a malicious goddess of judgment, from her imprisonment by the other Egyptian gods.

The overarching threat of Moon Knight is Harrow and his quest to free Ammit, but Marc and Steven’s struggle to share one body is also integral to the plot. This internal struggle brings them to a variety of locations throughout the series. Originally beginning in London, Moon Knight eventually shifts to Cairo in Egypt when Marc/Steven follow Harrow there. Although gods are nothing new to the MCU, Moon Knight features the first references to the Egyptian gods.

Mohamed Diab, the director of Moon Knight’s finale, tells Comic Book that the ending of the series once looked very different from how it turned out. While the original plan featured the events of the finale all happening in one location, Diab explains that he wanted to feature more of Cairo. See Diab’s full comment below.

“I remember that the way the whole action sequence at the end was written was completely inside the chamber of the gods, everything… And I just thought, ‘No, we want to see Cairo at night.’ I want to see something outside and it kept developing again. Everyone is chipping in. Everyone is chipping in. So, it’s very hard to take credit unless I remember. So, I don’t remember, but I love it. And I love people saw in episode three Cairo at day and how different it is than the perspective that people know of the desert and stuff and how it looks at night, which is another beauty. I love that about it.”

Considering how prevalent Egyptian culture is in Moon Knight, Diab’s decision to show audiences more of Cairo makes sense. The chamber of the gods is an important location to Moon Knight and is still featured in the finale, but moving outside into Cairo proper allows the scope of the series’ final showdowns to be even more epic while also continuing with the show’s commitment to authenticity. Many Moon Knight viewers might be unfamiliar with Cairo, so the finale takes its time to show off a bit of the city when Marc/Steven team up with Layla (May Calamawy) to defeat Harrow.

With Moon Knight’s six-episode run complete and no season two yet announced, it’s not clear if or when the MCU will head back to Egypt with Marc/Steven in tow. However, Moon Knight’s post-credit scene featuring a third alter suggests that there’s plenty more story to be told in the world of Moon Knight. Furthermore, the finale establishes Layla as the Scarlet Scarab, an Egyptian superhero. With much more to explore regarding Egypt’s ties to Marc’s third alter and Layla’s new superhero status, hopefully, the MCU gets back to Egypt sooner than later.

Next: Every Upcoming MCU Project Moon Knight Could Appear In

Matt Albren is a Movie/TV News Writer for Screen Rant. He is currently pursuing a BA in Communication from Wake Forest University and was recently invited into the Communication National Honors Society. With the publishing of his first book under his belt at the age of twelve, Matt has always had a passion for writing and is excited at the chance to put that passion–along with a love for Star Wars and Marvel–to good use. Hailing from Massachusetts, when Matt isn’t studying, he can be found welcoming first-year students to Wake as a WFU Student Adviser Leadership Council member, running for exercise, or reading for pleasure. No wonder his favorite drink is iced coffee!