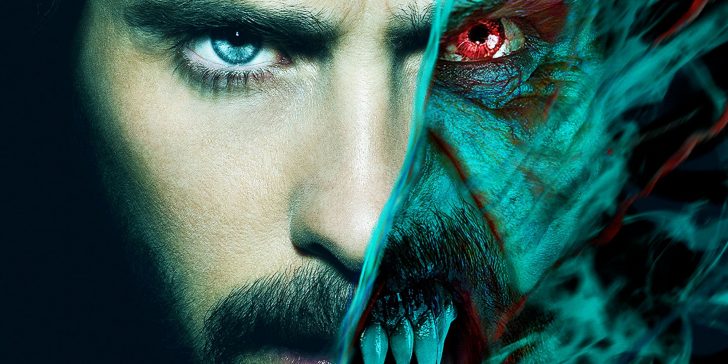 Early fan reactions for Morbius say the film is disjointed and incoherent. Morbius is Sony’s upcoming Marvel film set in their Spider-Man Universe. The film is directed by Daniel Espinosa, who previously helmed 2012’s Safe House and 2017’s Life. Morbius also boasts a stellar cast, including Jared Leto in the title role, Michael Keaton reprising his Vulture role, Jared Harris, Adria Arjona, Tyrese Gibson, and Matt Smith. The plot follows biochemist Michael Morbius as he tries to cure his rare blood disease, only to infect himself with a bizarre form of vampirism.

Morbius has suffered numerous delays due to the COVID-19 pandemic. It was slated to release on January 28 before being pushed again to April 1. Morbius’ most recent delay came on the heels of Spider-Man: No Way Home dominating the box office, with many assuming the film was being retooled to add more material or to give Spider-Man a wider breadth before another comic book-based film was released. Now, with Morbius’ debut only a week away, some fans have gotten a chance to see the movie.

Following a fan screening in the UK, the early reactions for Morbius (via Comicbook) have been less than stellar, with many reviews pointing out lousy CGI, a lackluster story, and terrible pacing. Collider’s Sab Astley said Morbius’ “2005 plot collides with visually confusing CGI to create a bit of a snooze fest,” with Nicola Austin of Filmhounds Magazine backing that up, saying, “some really shoddy vfx & 00s formulaic plot.” Film Critic @RenGeekness felt the movie came up short in almost every way, stating, “the bad plotting & messy cgi, confusing editing & worse sound mix result in absolute incoherence.” Oh Hi Films’ Cameron Howe felt similarly, adding, “Morbius is just as disjointed and boring as you expected it to be.” Many also laid into the post-credits scenes with Josh Barton of JumpCut Online saying, “The post credit sequences; it’s clear to see where Sony are going with this BUT the thought process behind making them actually make sense is non-existent.” Collider’s Astley backed up Barton’s sentiments, stating, “some of the worst post credits scenes you’ve EVER seen, Sony are off their rocker.”

While the majority of opinions pointed out the varying negative aspects of the film, there were a few bright spots. Many pointed to Smith’s character, Loxias Crown, as being a standout, but not for the reason one would assume, as Smith is said to be hamming it up and just having fun with the role. Given that Morbius has suffered so many delays, the fact that aspects like CGI are so poor questions the work done on the film with the extra time. As for the bad plotting, that may come down to the screenwriters, Matt Sazama and Burk Sharpless, whose previous films include the Vin Diesel misfire, The Last Witch Hunter, and the notorious bomb, Gods of Egypt.

Morbius could still be a profitable film for Sony, as the character stems from Spider-Man, and No Way Home is still fresh in audiences’ minds. However, it’ll likely be fighting an uphill battle predicated on poor word-of-mouth and bad reviews from critics, which will likely be forthcoming. If Morbius fails at the box office, Sony’s Spider-Man Universe could be in jeopardy, even with Kraven the Hunter already filming. If the backlash is severe enough, Kraven could see behind-the-scenes meddling on par with the likes of 2017’s Justice League to retool the film. It’s also possible that wide audiences respond to the movie more favorably, though that remains to be seen. For now, Morbius looks to be a potential disappointment, though audiences will be able to judge for themselves when the film releases on April 1.