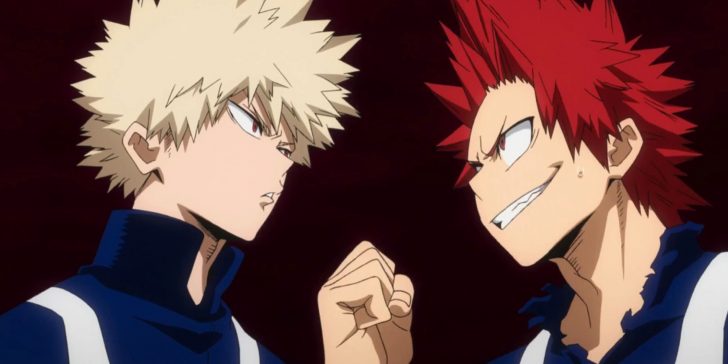 My Hero Academia gives fans a reprieve from the impending war with 2 OVAs set for release this summer before the fall’s season 6 premiere.

Two special episodes of My Hero Academia are set to be released before season 6 premieres. My Hero Academia season 5 ended in September last year with a cliffhanger, leaving audiences to wonder what will happen next for these young heroes. The series has slowly been shifting into a darker tone as it gets ready for an intense future. The post-credits scene for My Hero Academia season 5 furthered this tonal shift as the heroes prepare to face challenges like never before.

My Hero Academia was quickly renewed and given a fall 2022 release for season 6. In the meantime, however, fans were not left without new content. Alongside the continued manga release, the My Hero Academia artistic team revealed several new artworks and announcements to promote the series. While most of the new visuals have foreshadowed the all-out war that awaits in season 6, some have been much more cheerful. Writer Kohei Horikoshi released several fun illustrations like his artwork celebrating the Year of the Tiger and an April Fool’s Day visual that sees the characters playing baseball.

Related: My Hero Academia: The League of Villains’ Backstories Explained

While there’s still quite the wait before My Hero Academia season 6, fans don’t have to wait long for more content. Revealed in Shueisha’s Weekly Shonen Jump magazine (via ComicBook), My Hero Academia is to get two OVAs. The first screening is in mid-June in Japan, with an overseas release scheduled for later this summer. Currently, there is no release date for the second episode, but one can assume it won’t be far behind.

It appears that the baseball illustration was also a subtle promotion for My Hero Academia season 6 as the first special episode is said to have the characters taking part in “Hero League Baseball”. Mirroring the promotional visual, the episode has the My Hero Academia characters split into two teams (Gang Orca’s Orcas and Shishido’s Lionels) where heroes and U.A. students take part in a quirk-fueled game of baseball. Presently, there are no plot details announced for the second episode.

The April Fool’s Day illustration is one of many of its kind that Horikoshi and his team have delivered to fans. Now it seems all of them could be developed into full-length episodes. This isn’t the first OVA that My Hero Academia has gotten, as Deku and his friends are imagined in new stories that don’t focus on the main plot. It seems likely that the newest special episodes will follow the somewhat lighthearted nature of My Hero Academia’s previous OVAs. So, it appears that fans will be given a short break from the intensity before delving into the inevitable battle between the My Hero Academia heroes and villains.

Next: My Hero Academia’s Anime Character Cuts Damage Its Ending