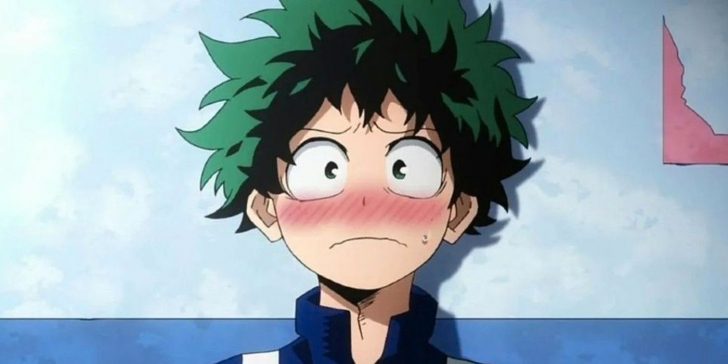 My Hero Academia’s main character Deku is likely going to be off screen for the next couple chapters, which is a good thing for the rest of its cast.

Since Deku will be traveling to fight Shigaraki over the next couple of chapters, it looks like My Hero Academia will be able to shift its focus away from him and onto characters that desperately need it. While Deku is the main character of the manga, the series boasts a large cast of characters, many of whom still have unresolved character arcs. It seems like now there may finally be an opportunity for these arcs to be wrapped up.

My Hero Academia, a superhero manga by Kohei Horikoshi, is currently in its final arc. This arc is an all-out war between the Hero Association and the League of Villains. The fighting is occurring in various different locations, with both the heroes and the villains split up between them. The heroes tried to set up these battles in a way that they would have the maximum chance of victory, but Deku was taken away from his intended battlefield by Himiko Toga. This left the group of heroes fighting Shigaraki at a major disadvantage, despite the large number of heroes fighting him.

Related: My Hero Academia Is Setting the Stage for Endeavor’s Greatest Moment

At the end of chapter 348, Deku left the battle with Toga to head towards the fight with Shigaraki. Even though Deku can use his quirks to travel very quickly, Shigaraki is about 200 kilometers away from where they were fighting Toga, so it will still take a fair amount of time to get there. This means that he will probably just be heading towards that fight with Shigaraki over the next couple of chapters, which will let My Hero Academia focus on other characters and fights while he is doing this. This will let Horikoshi resolve many character arcs without detracting from the battle that the whole series has been building up to.

When all the characters were first split, many of these fights were set up. Endeavor, Hawks, and All for One were all deposited in the Gunga Mountain Villa site and even exchanged some initial verbal taunts. That fight will be an opportunity for Endeavor and Hawks to truly step into the role of the top pro heroes for the first time since Dabi revealed Endeavor’s abusive parenting and Hawks murdered Twice. Dabi also has an important fight against him, as he is about to face off against his younger brother Todoroki. The fight will hopefully allow the two characters to resolve their familial issues that are the heart of both of their character arcs. And of course, there is also the fight that Deku just left between Ochako, Froppy, and Toga, which promises to resolve the complicated feelings that Uraraka and Himiko have towards each other.

All of these fights and character arcs could have fallen by the wayside if the fight between Shigaraki and Deku had been fought immediately. That fight between the successors of All for One and One for All is what the whole series has been building up to over its almost 350 chapters. After it begins, any cut away from that fight may feel like a de-escalation or distraction from the main event. So by taking Deku out of the picture for the immediate future, My Hero Academia has expertly set the stage for its large cast of supporting characters to complete their character arcs before the true final battle begins.

More: Why All Might Was Originally My Hero Academia’s Most Controversial Hero