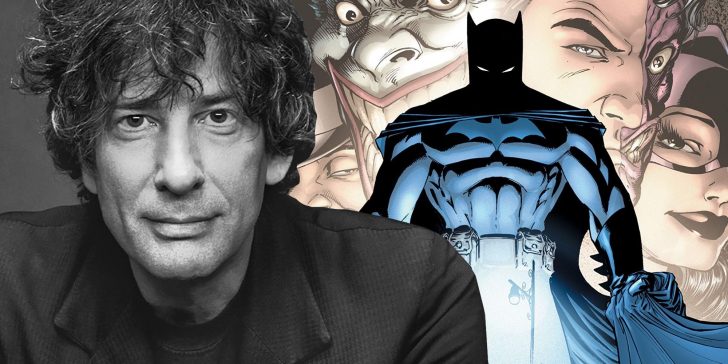 As part of a tribute to the late DC artist Neal Adams, best-selling author and comics legend Neil Gaiman shared an impressive poem about Batman.

Iconic author and comic book legend Neil Gaiman is proving that he should write a new Batman comic by recently sharing a captivating poem about the Dark Knight during his current speaking tour. Detailing his personal relationship with the Caped Crusader, Gaiman shows his true passion for the character while showcasing the immense impact Batman has had on popular culture over his 80-year legacy. As such, it’s clear that Gaiman should make a return to writing Batman in the near future.

Sharing his poem during recent appearances in Massachusetts and Oregon, Neil Gaiman dedicated his short piece to the late comic artist Neal Adams who passed away at the end of April. Leaving behind an incredible legacy with Batman and a major impact on the entire comic book industry as a whole, Gaiman credits Adams as the artist who inspired him to constantly draw the Dark Knight’s always-pointed bat ears in his school books. While the legendary author confessed that his poem wasn’t one he ever thought he’d share publicly, Batman fans should be glad that he did.

Beginning with the classic iconography of a family walking in an alleyway followed by “pearls that fall like tears to the stones of the alley,” Gaiman begins his poem by highlighting the timelessness of Batman. He then goes on to describe the idea that there are so many different kinds of Batmen, such as the one “who clambers sideways up the side of buildings” (Adam West’s Batman) along with those who are much darker. However, Gaiman reveals that he has his own personal Batman with “his cloak a shroud of blue-black shadow,” always silently watching him as he writes. As a child, Gaiman reveals he saw Batman as more real than Santa Claus and even God, inspiring his love for the horror genre as the Dark Knight gradually became darker. Gaiman then references his experiences with Batman as an adult, eventually writing stories for DC Comics and reveling in the chance to tell the Dark Knight what to do and what to say (most notably killing him in the iconic two-part story Batman: Whatever Happened to the Caped Crusader? with artist Andy Kubert).

Obviously, Neil Gaiman has a great love not only for Batman as a character but also for the legacy of the Caped Crusader and those who helped forge it such as Batman’s original creator Bob Kane and those who revolutionized the Dark Knight like Frank Miller (and naturally the late Neal Adams). As such, a new partnership with Gaiman and DC Comics certainly feels warranted, if only for a new limited series or one-shot like his beloved story about Batman’s death and the dynamic funeral that followed. Gaiman said in his poem: “When I die perhaps they’ll find a tiny bat still fluttering in my chest and not a heart. My Batman is a personal, unchanging thing. When I was a child Batman existed to defend me. Now, he puts up with me. He knows that I meant well.”

While Neil Gaiman’s greater comic works include The Sandman and Miracleman franchises, a return to Batman would be something truly special and unique. His tribute to Batman and Adams is truly captivating. He ends his poem as it began by referencing Batman’s timelessness and the deaths of Bruce Wayne’s parents: “Somewhere in Gotham, pearls fall like tears to the stones of the alley, and one small boy stares at two crumpling people and blood on the cobbles, resolved to string the pearls back together.” Writing Batman again is hopefully something Neil Gaiman would agree to if asked. Clearly, the passion for the Dark Knight is very much present in the legendary writer.

Superman’s Father Worshiped One of His Darkest Villains