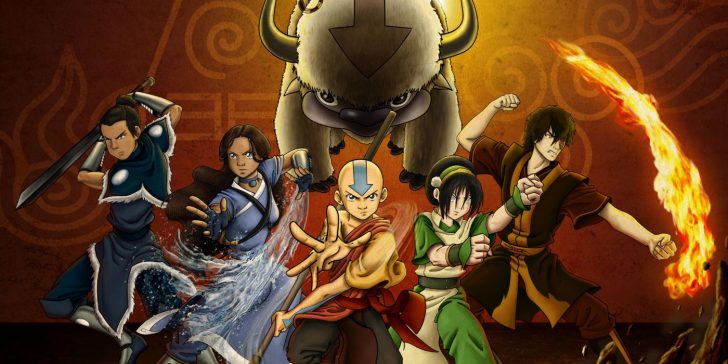 Netflix’s live-action reboot of Avatar: The Last Airbender has revealed new details about its episodic structure that should assuage fans of the show. Nickelodeon’s three season-long Avatar: The Last Airbender became one of the most celebrated animated series of all time during its run. While its follow-up show The Legend of Korra was also highly acclaimed, Avatar’s first transition to live-action didn’t go over well in the least.

The 2010 movie The Last Airbender, written and directed by M. Night Shyamalan, was intended to launch a trilogy of movies based on Avatar. Unfortunately, The Last Airbender distilled Avatar down to a complete mess and was eviscerated by everyone who laid eyes on the film. The Last Airbender’s reception killed its franchise ambitions, and Netflix would later announce a live-action reboot series in 2018.

During an interview, Avatar’s Paul Sun-Hyung Lee, who portrays Uncle Iroh on the new show, revealed that the series will run for eight episodes, with each episode an hour long. The truncated 103-minute runtime of The Last Airbender was among the biggest contributors to its failure, so this is great news on a general level for Avatar fans. Looking at what Netflix has planned for Avatar in more specific terms, the episode count and runtime of each also show that some particular concerns about the Avatar: The Last Airbender live-action reboot won’t be a problem.

The Last Airbender came up short in adapting Avatar in virtually every aspect, but many of its failings can be traced to how much it was unable to capture the show’s feel. Avatar combines many different genres, from fantasy, comedy, war, and martial arts, and enveloping them all is Avatar’s sense of adventure. Riding on the back of Appa, the flying bison of Aang (Zachary Tyler Eisen), the characters of Team Avatar travel all across the Four Nations throughout the show’s three seasons. Even season 1 (or “Book One”), the basis for The Last Airbender, took Aang and his friends to many different locations, concluding with the Northern Water Tribe.

The Last Airbender’s rushed runtime and clumsy storytelling presented the essence of season 1 less like an adventure and more as boxes being checked off. This kept the movie from capturing the scenic beauty and history of the Four Nations, but Netflix’s Avatar won’t share that problem. With eight hour-long episodes to tell its story, the Avatar reboot will have plenty of breathing room to go on the kind of adventure that made the original Nickelodeon series a breakout hit. The resources being allocated to Avatar also are indicative of it capturing the adventure of the series. With Avatar budgeted at $15 million per episode, the $120 million total shows Netflix has plenty of faith in the series. Time is also on the side of Netflix’s take on Avatar in another way.

Aang’s Training Can Be Showcased Properly

Aang’s training to master Water, Earth, and Air was the foundation of his arc on Avatar, and not just for the reason of defeating the Fire Nation. Aang also formed close bonds with Katara (Mae Whitman), Toph Beifong (Michaela Jill Murphy), and Prince Zuko (Dante Basco) while progressing through each new element. Zuko himself even learned new things about Firebending alongside Aang, discovering its true essence in the episode “The Firebending Masters.” On Avatar, the training is just as important as the action when it comes to the elements.

RELATED: Avatar: Why Fire Is The Most Important Element For Netflix To Get Right

Unfortunately, The Last Airbender was hampered by its truncated framework in this aspect, too. Aang’s Waterbending training, done with his future wife Katara on Avatar, was given the Cliff Notes treatment, at best, in The Last Airbender. Depending on exactly how Netflix’s first season of Avatar tackles the source material, it could similarly be primarily focused on Aang’s Waterbending training. With eight hours on its side, the Avatar reboot can focus much more sharply on Aang’s element training. The structure Netflix is taking could even give enough room for an entire episode to be partially or primarily focused on Aang expanding his element knowledge as the Avatar. While Avatar fans would surely delight in Aang’s training being executed much more comprehensively, Netflix’s version of Avatar also has one last advantage in its setup.

Netflix’s Avatar Can End At Just The Right Time

When the dust settled on The Last Airbender, it was clear that the film was severely underdeveloped and completely incapable of adapting Avatar in its abbreviated runtime. That made any future live-action attempts at Avatar unfolding in a much less compressed fashion a given. Of course, Avatar should also strive to avoid lingering for too long, as well. A show or movie overstaying its welcome is decidedly far less of a problem than the narrative shortchanging of The Last Airbender. Still, every story needs to find the right spot to wrap up, and the Avatar reboot will arguably do just that.

Streaming shows, including those on Netflix, have occasionally dealt with criticism of their episode counts going on for longer than necessary. Marvel’s different Netflix shows (relocated to Disney+ in March 2022) were specific examples of this, with their 13-episodes seasons being full of filler. In addition to making a few adjustments in the overall story, such as some possible timeline tweaks with Firelord Ozai (Daniel Dae Kim), Netflix’s Avatar seems to also be bearing this problem in mind. In how it’s set up its eight episodes to run, Avatar has seemingly found what, by all outward indications, looks to be a perfect groove. With those parameters in place, the reboot of Avatar can tell its story in a timeframe that perfectly suits everything that made Avatar great. As long as the story itself is paced properly, the new presentation of Avatar Netflix has in store can stick the landing in just the right location for its ending.

The Last Airbender’s theatrical disaster was a rare blight on what is otherwise a stellar reputation for the Avatar franchise. Any second attempt to adapt Avatar in live-action was always bound to make fans of the series a little apprehensive that the terrible mistakes of the past would be avoided. Based on the hour-long runtime and eight-episode foundation of Netflix’s reboot, it’s a very solid signal that some of the biggest issues of The Last Airbender have been handily dodged by the streamer’s new take on Avatar: The Last Airbender.

NEXT: If Aang Didn’t Freeze Himself, Could Katara Have Been The Avatar?

Growing up, Brad developed an innate love of movies and storytelling, and was instantly enamored with the world of adventure while following the exploits of Indiana Jones, Japanese kaiju, and superheroes. Today, Brad channels his thoughts on all manner of movies, from comic book films, sci-fi thrillers, comedies, and everything in between through his writings on Screen Rant. Brad also offers philosophical musings on martial arts and the filmographies of everyone from Jackie Chan to Donnie Yen on Kung Fu Kingdom, where he’s also had the privilege of interviewing many of the world’s great stunt professionals, and hearing plenty of gripping stories on injuries incurred in their line of work and the intricacies of designing the acts of death defiance he first thrilled to as a youngster. When he’s not writing, Brad enjoys going on a ride with the latest action hit or Netflix original, though he’s also known to just pop in “The Room” from time to time. Follow Brad on Twitter @BradCurran.