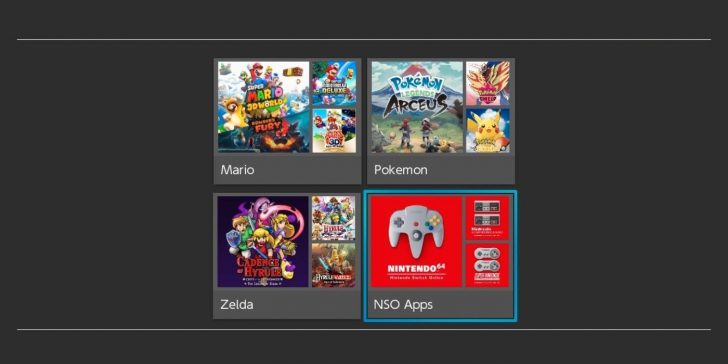 Nintendo Switch fans can now organize their games into folders after applying the Ver.14.0.0 update, but it comes with an annoying drawback.

Fans of Nintendo Switch can finally organize their games into folders, thanks to the Groups feature added in the latest firmware update, but it comes with an annoying catch. Nintendo Switch owners have been asking for the ability to create folders on the Home screen since launch, yet Nintendo has rarely updated the basic functions of the system.

The Nintendo Switch has received some updates over time, but these have been few and far between. It took three years before Nintendo Switch players could move files internally, even though it was something highly requested by players. Fans have speculated that Nintendo has been trying to keep the Home menu as basic as possible in order to make it load faster when called, as the Wii U had a notoriously slow Home screen and took a long time to boot its own eShop. This could be why the Switch only has two options for themes on the Home screen, even though the Nintendo 3DS had numerous custom themes sold on the eShop or given out as pre-order rewards.

Confirmed by Nintendo of America, the Ver. 14.0.0 update for the Nintendo Switch is live and it adds a Groups option, which is similar to folders. Players can group games into folders and name them whatever they’d like, making it easy to sort games by franchises or genres. Though it’s not quite as impressive as the recent Nintendo Switch fan-made improved UI concept, Switch fans are finally getting something they have been asking for. Unfortunately, the caveat that was mentioned earlier is that these new Nintendo Switch group folders do not appear on the Home screen.

The fact that the new group folders for Nintendo Switch do not appear on the Home screen is likely to be a frustration for some. The player needs to go into the Library and press a button to access their groups, rather than have them readily available at a glance. This adds some unnecessary steps to the process of accessing the folders, and it partly defeats their purpose. If the player already has to go into the Library, then all of their games will be there anyway. It’s not quite the Nintendo Switch QoL improvement fans have asked for.

At the very least, the Groups update shows that Nintendo is listening to what Switch fans want – to some extent. It’s just a shame that these folders can’t be placed on the Home screen, where they would be easier to access. Nintendo takes a long time to roll these updates out, as the Nintendo Switch has been out for five years, yet it’s still receiving basic updates that arguably should have been there at launch, or at least within its first year on sale. The Nintendo Switch still has years left on the market, so these types of updates could still be released in the future. Maybe the rumored Nintendo Switch Pro model will justify its asking price by putting folders on the Home screen.

The Ver. 14.0.0 update for the Nintendo Switch is available to download now.