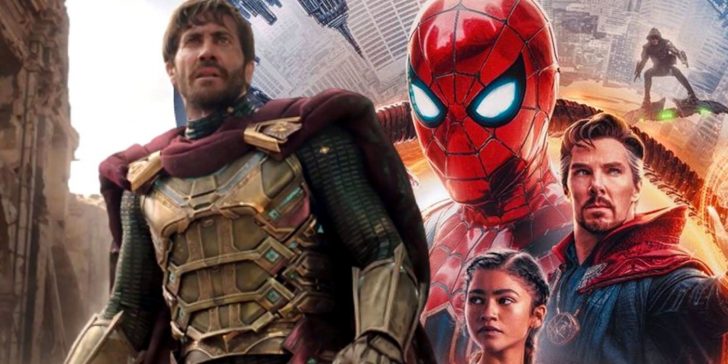 The writers of Spider-Man: No Way Home explain why Jake Gyllenhaal’s Mysterio didn’t return along with the other franchise villains.

The writers of Marvel’s smash hit Spider-Man: No Way Home have explained why Jake Gyllenhaal’s Mysterio didn’t return for the film. Gyllenhaal first appeared as the villain in 2019’s Spider-Man: Far From Home, the second stand-alone Spider-Man film in the Marvel Cinematic Universe. Mysterio served as the first villain for Peter Parker/Spider-Man (as played by Tom Holland) to face off against following Tony Stark’s sacrificial death in Avengers: Endgame. This led many to think he would have been a worthy enemy for Holland’s Spider-Man to face during the multiversal chaos that is No Way Home.

However, it wasn’t meant to be, leaving many audience members wondering why Mysterio did not make an appearance. While the character seemingly died at the end of Far From Home, No Way Home could easily have used the multiverse to explain his return. Many characters were brought into No Way Home that had died in previous films, including Willem Dafoe’s Green Goblin and Alfred Molina’s Doc Ock. As the film had established that a character’s previous death didn’t rule out an appearance in No Way Home, many fans have wondered why Mysterio didn’t return to once again face off against Holland’s Wall-Crawler.

Related: Why Mysterio Wasn’t In No Way Home (Despite Early Plans To Include Him)

The writers of No Way Home, Erik Sommers and Chris McKenna, recently spoke about the film at IGN Fanfest 2022. During their discussion, the two addressed Mysterio’s absence. According to Sommers and McKenna, there was a time when Mysterio was in talks to return in No Way Home. As actors were approached about reprising their previous Spider-Man roles, the response was overwhelmingly positive. McKenna stated that this led the writers to have to “choose characters wisely” as they didn’t want to be “swimming in a million characters.” As the writers pared down the surprise appearances so as to not overstuff No Way Home, some characters didn’t make the cut, including Mysterio. Read Mckenna’s quote below:

“When it actually started coalescing, when feelers were put out and actors were like ‘yeah, I’m game for that’, then it became this overwhelming thing because you’re like, Ok this is the reality now. You can’t just be swimming in a million characters, you have to be choosing characters wisely and making sure that they don’t overwhelm the story and Peter himself.”

However, it’s not necessarily fair to say that Mysterio isn’t in Spider-Man: No Way Home at all. Close to the end of the film there is a scene in which Doctor Strange (Benedict Cumberbatch) is seen holding back the Multiverse, and silhouettes of Spider-Man characters can be glimpsed trying to break through. Eagle-eyed viewers have noticed what looks to be the outline of Mysterio, indicating that in at least one Spider-verse he is still out there, waiting to return.

It is still unknown in what capacity Sommers and McKenna were originally planning to bring back Mysterio, however, No Way Home has performed just fine without him. The movie has shattered box office records since its release, which is particularly impressive given that it came out in the middle of a global pandemic. The tease of Mysterio’s silhouette certainly indicates that he is still out there somewhere, and it is already known that the MCU is not finished with the Multiverse yet. He may not be in Spider-Man: No Way Home, but fans can rest easy knowing Mysterio could come back at any moment.