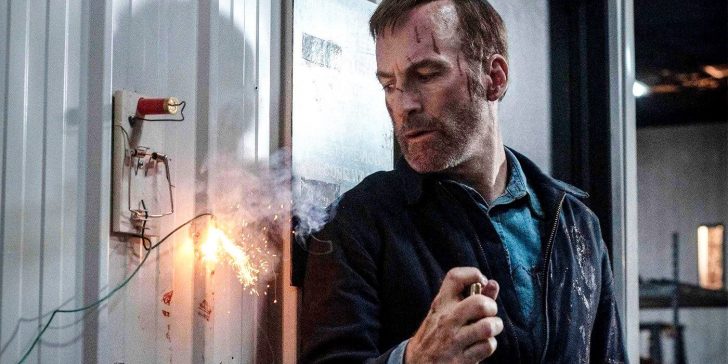 Bob Odenkirk explains that training for Nobody helped his heart attack recovery to move along faster, since he was already in good shape.

Bob Odenkirk has explained how training for his film Nobody helped save him during his heart attack last year. The action triller, directed by Ilya Naishuller and written by John Wick’s Derek Kolstad, follows an easy-going family man who regresses back to his dangerous former life when his home is robbed, resulting in a grisly battle with a Russian crime lord. In addition to Odenkirk, who also serves as a producer, the film stars Connie Nielsen, RZA, Christoper Lloyd, and Aleksei Serebryakov. Upon its March 2021 release, Nobody topped the box office while the COVID-19 pandemic continued to affect movie-going, and was met with positive reactions from fans and critics alike.

Odenkirk is well-known for his comedic work, but is perhaps more famous for his performance as Saul Goodman, the deceitful lawyer from AMC’s television series Breaking Bad and Better Call Saul. Over the summer, during production of the latter, Odenkirk suffered a heart attack and was rushed to the hospital. After the news broke, his family and co-stars were quick to share their support, and the actor himself turned to social media to thank everyone for their concern days later. Just recently, Odenkirk opened up about his heart attack, saying that it happened after a long day of shooting, but that he otherwise has no memory of the event.

Related: Is Nobody Set In The John Wick Universe?

Now, appearing on The Howard Stern Show, Odenkirk revealed how CPR and his training for Nobody helped to save his life. He detailed how a defibrillator was used during his heart attack and that it took “three attempts to get me to a rhythm.” The actor then explained how Nobody had previously required him to work out and stay in good shape, which played an important role in helping the CPR to be as effective as possible. Odenkirk also thanked his co-stars Rhea Seehorn and Patrick Fabian for being nearby and taking care of him. Read Odenkirk’s quote below:

“One of the things that saved me was I learned how to work out and because I was in good shape, you kind of enlarge some of the other veins around your heart if you work out a lot, and I had done that and as a result, I was told that more blood was able then to go to my heart during CPR, because these veins were just a little bit bigger from a lot of working out. And so that helped me, but also, recovery wise, I recovered much faster than I think a normal person who wasn’t exercising so much would because my body was already in good shape.

Better Call Saul season 6 continued production without Odenkirk initially, but the actor was eventually able wrap filming for the show’s final instalment. While audiences wait for Better Call Saul season 6’s April debut, more news of a Nobody 2 has also come out. Screenwriter Derek Kolstad revealed last year that he has already planned out the opening scene, should another Nobody film be green-lit. After relative success and positive word-of-mouth, Nobody 2 is now eagerly anticipated.

Odenkirk’s willingness to open up about his heart attack and being back on set is a positive sign that his return to the screen will be a permanent one. With director Ilya Naishuller confirming that a Nobody 2 script is being written, it’s likely that the actor will find himself braving extreme action stunts yet again very soon. However, Odenkirk’s recovery from his heart attack was very welcome good news, so fans will hope that the Nobody star continues to keep himself safe and healthy.

More: What To Expect From Nobody 2

Does The Batman Have A Post-Credits Scene?