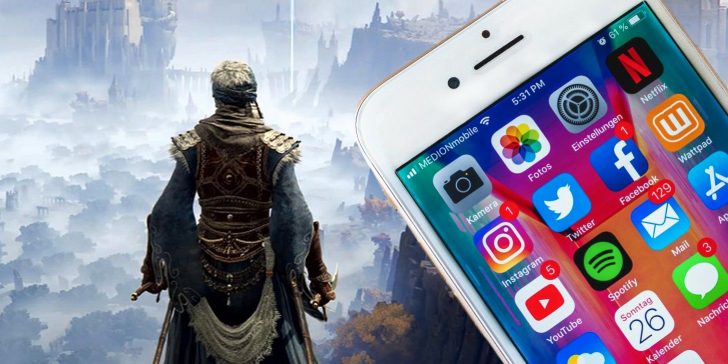 Frustrated with their own notes for Elden Ring, one player decided to make an app called Shattered Ring to better keep track of quests and NPCs.

A diligent Elden Ring player has created an app that allows users to track all of the quests and NPCs they come across in the Lands Between. While the lack of these trackable features in-game has caused some to complain, it has not stopped Elden Ring from becoming FromSoftware’s highest rated title to date.

By going to an open-world in Elden Ring, FromSoftware implemented some changes to its Souls-like formula to make the traditional gameplay style more suitable for the mostly non-linear setting. One of the most notable adjustments was the inclusion of a world map that can be slowly unlocked by finding pieces of it scattered throughout the Lands Between. With the map, players can place beacons and markers on some noteworthy locations or places they have yet to explore. Unlike most modern open-world titles, however, the world map has no quest or NPC markers, leading some frustrated Elden Ring players to take notes manually.

Fortunately, the Shattered Ring app looks to address these issues for players who do not enjoy the lack of progress tracking in Elden Ring (via VGC). Shattered Ring is an iOS app developed by Elden Ring player, Dachary Carey, who started off taking notes while playing the game, but after they struggled to read their self-admittedly poor handwriting, decided to build an app that did it instead. What makes the app even more unique is that it does not necessarily have to be for Elden Ring. As explained by shattered_ring on Twitter, it can be used for any game that does not track your progress so thoroughly, as well as for tabletop RPGs such as Dungeons & Dragons. Shattered Ring is currently available in the Apple app store for $2.99.

By exploring players can make Elden Ring easier through the discovery of new weapons, armor, and upgrade materials that are purposefully hidden off to the guided main path. The lack of quest progression tracking in Elden Ring was a conscious design choice by the development team that has existed throughout all of FromSoftware’s Souls-like titles. This is meant to encourage exploration and community engagement with players sharing their various experiences and discoveries across the internet, and through in-game messages.

This design choice is not new for FromSoftware titles, though it is understandably not for everyone. While Elden Ring provides more upfront information than most previous games from the developer, Elden Ring’s open-world isn’t as guided as other games. There are many expansive areas in the Lands Between that can go completely undiscovered without thorough exploration. That is where the community aspect comes in as much of what makes FromSoftware’s titles so enduring is the engagement they spark between fans. In a way, the creation of the Elden Ring Shattered Ring app is falling into line with the previous examples of community engagement for Souls-like games.