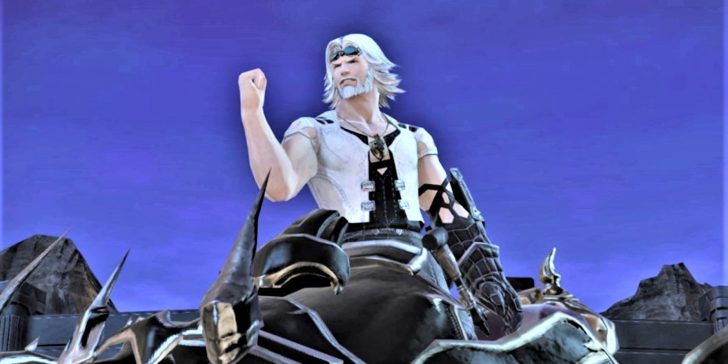 During a segment from the latest Final Fantasy XIV Live Letter, it was revealed that the upcoming post-Endwalker patches will include major overhauls of older content. Previous dungeons will be reworked for the Trust system, allowing you to use NPC companions in place of real players to form a party. The feature will gradually roll out throughout the Patch 6.x cycle, covering all the four-player instances for the main stories in A Realm Reborn, Heavensward, and Stormblood.

Retrofitting older content for AI party members has been a goal of the FFXIV team since the Trust system was introduced in Shadowbringers, despite the challenges in development. Now it’s happening. Director and producer Naoki Yoshida said this is to further support players who prefer a solo experience and help FFXIV “break out of the MMORPG mold.” Here’s how it’s going to work.

With the upcoming Patch 6.1 update, all four-player dungeons and trials from A Realm Reborn’s 2.0 main story quests will feature the Trust system. Patch 6.2 will include Trust-compatibility for A Realm Reborn‘s 2.x main quest dungeons. Some will feature story-related companions and fellow Scions, but since this isn’t possible for every instance, NPCs from the Adventurer’s Guild or other Echo-tuned characters will be your option.

However, due to limited time and resources, and the unique mechanics that’d have to be reworked, eight-player trial boss fights will not be updated with the Trust system yet. Yoshida-san said the team will consider it for Patch 7.0 or later.

There are other core changes to A Realm Reborn‘s content. The infamous Cape Westwind will become a solo duty instead of an eight-player trial. And the even-more-infamous Castrum Meridianum and The Praetorium are being changed to four-player dungeons instead of eight-player, presumably letting them be Trust-compatible as well. (Maybe this will finally be the end of the Main Scenario Daily Roulette.) Furthermore, the fight against Lahabrea currently in The Praetorium will become a solo instance. Oh yeah, and their getting rid of the Heavy-inducing sludge throughout The Thousand Maws of Toto-Rak.

Patch 6.2 will also include the implementation of the Trust system for the first two or three MSQ dungeons in Heavensward. The rest of the expansion’s main story dungeons will get the Trust treatment in Patch 6.3.

Yoshida-san mentioned that there are cutscenes and parts of the story script where key characters leave the scene as you go into an instance. The team tried to include story-critical characters where it was possible, and this meant modifying cutscenes or parts of the script so it makes more sense in the story. One example is Estinien in The Aery, a Heavensward dungeon he already appears in, but plays a specific role in for narrative purposes. However, they couldn’t address all cases like this.

Lastly, all main story dungeons in Stormblood will feature the Trust system with Patch 6.4 and 6.5. This part was a less detailed since we are much further out from those updates, which won’t come until sometime next year.

Likewise, Castrum Meridanium, Praetorium, and Ultima Weapon are being RECAST as 4-player encounters/dungeons. Less of a mad sprint for new players!

This expanded implementation of the Trust system isn’t meant to replace regular Duty Finder matchmaking. Rather, it’s intended for those who strongly prefer experiencing the main story solo. I’m sure we can still rely on the Duty Roulette for our daily rewards and Job-leveling needs.

The Live Letter was packed with new information on the game. Be sure to catch up on the newly revealed FFXIV 7.0 graphical overhaul, which was showcased and detailed on the stream. Yoshida also discussed the longer development cycle for patch content moving forward. And breathe a sigh of relief — NFTs aren’t touching FFXIV.