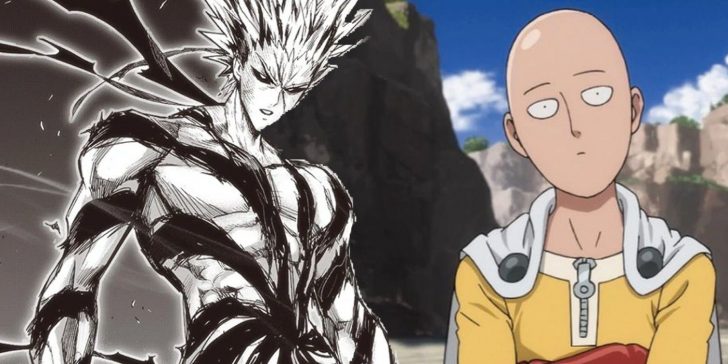 One-Punch Man’s next big fight between Saitama and Garou could settle which one is the true protagonist and reveal the true nature of the series.

It appears as though One-Punch Man’s next big fight has the potential to rock the series to its core. Over the course of its 158 chapters, there has always been a steadfast truth central to the series’ premise: Saitama can defeat any enemy in just one punch. However, his next fight versus Garou could change all that.

One-Punch Man is a manga by ONE with art by Yusuke Murata following Saitama, a hero who can defeat any enemy with just one punch. Despite having great fight scenes, the manga often utilizes Saitama’s overwhelming power for great comedic effect, making the series a great mashup between a gag manga and more traditional Shonen action fare. While Saitama is the central character on the comedy side of things, over the course of the Monster Association arc, the hero hunter Garou has become the main protagonist when it comes to action. Garou’s growth in terms of both power levels and personal development has been a compelling throughline of the story, being one of the factors elevating the gigantic Monster Association arc above just being a collection of fights. Now at the end of this arc, Garou has grown past his limiters, becoming one of the most powerful figures in the world of One-Punch Man. And given the final panels of the latest chapter, he may soon have a chance to test how powerful he really is.

At the end of chapter 158, the last members of the Monster Association have finally been defeated. The fighting may not be over, however, as Saitama sees Garou in his monstrous new form and isn’t sure what to make of him. While Saitama and Garou have encountered each other multiple times, in each of those meetings Saitama soundly beat Garou without ever really taking notice of him. It is a testament to Garou’s newfound power level that Saitama is now paying attention to him, and it is highly likely that this means Garou might now be strong enough to last more than one punch in their upcoming fight.

This fight could be one of the most important battles in the series. If Saitama is able to defeat Garou in one punch, then all of Garou’s growth in this arc would amount to nothing, which would be incredibly frustrating. However, if Garou is able to go toe to toe with Saitama, then that would defy the central premise of the series. So whoever wins this next fight will determine the direction of the series going forward. If Saitama wins, then that will show that despite having more drama and well-developed characters than most comedies, One-Punch Man only really cares about its central gag. If Garou wins, however, that will show that the series is willing to rise above its initial premise and become a manga that respects its characters enough to not cast them aside for the sake of a joke.

No matter who wins, the fight will certainly be exciting. Given that it is between the two main protagonists of the series, whoever wins the fight could emerge as the true hero of One-Punch Man. Thus the fight between Saitama and Garou could determine the fate of the entire series.

More: One-Punch Man Is the True Sequel to Dragon Ball

Marvel Confirms Its Power Ratings No Longer Make Any Sense