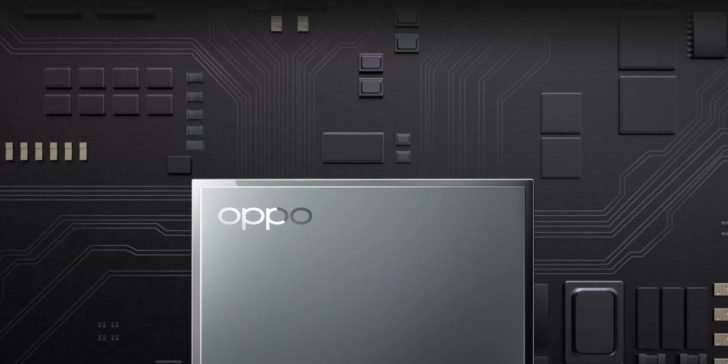 Oppo wants to take its smartphones to the next level by better integrating its hardware and software with the help of a custom-designed SoC.

Oppo apparently plans to produce a custom SoC for its smartphones by 2024. Many other smartphone manufacturers are developing their own custom chips these days, and after Apple popularized the trend by developing its own silicon. One of its main competitors, Huawei, also makes its own chips. Following these two titans, Google joined in last year with its Tensor SoC that launched inside the Pixel 6-series smartphones.

Of these smartphone manufacturers, Apple seems to be the one that develops the fastest in-house custom silicon. Last year’s Google Pixel series, featuring the Tensor SoC, received good reviews but the chip isn’t as powerful as Apple’s Bionic A15 powering the iPhone 13 series and the new iPhone SE. Often, an Apple SoC is so ahead of its time that two or three-year-old iPhones easily outperform the latest high-end Qualcomm Snapdragon chips. Samsung is another major name with a long history of making its own custom silicon. The tech giant recently launched its latest Exynos 2200 SoC that features AMD RDNA 2-based graphics.

Little is known about Oppo’s custom SoC but the company did previously provide a glimpse of its chip-making ability by installing a custom NPU in its recent smartphone, the Oppo Find X5 Pro. NPU stands for Neural Processing Unit and, in this case, enables the Find X5 Pro to take better low light shots. According to a recent report from IT Home, however, Oppo might launch and begin mass-producing its own in-house chips as soon as 2023.

Oppo will also apparently launch a SoC with an integrated AP and modem in 2024. Citing industry analysts, the report claims that Oppo will use TSMC’s 4nm fabrication process for this 2024 chip. Furthermore, Oppo’s in-house team will develop everything related to the chip including its memory architecture, ARM CPU design, and more. The report also claims that Oppo is serious about the project and has instructed its design, digital verification, and back-end integration team to work in sync with each other.

Building a custom in-house SoC is a difficult feat but it is worth it, as it tends to offer greater integration between an OEM’s hardware and software. Essentially, resulting in more powerful and efficient devices. Moreover, Oppo’s custom chip could also allow it to create an ecosystem comprised of seamlessly connected devices in the near future. Oppo also owns OnePlus, so it is also possible that its custom silicon makes an appearance inside other devices as well.

Next: First OnePlus Folding Phone May Have A Very Familiar Design