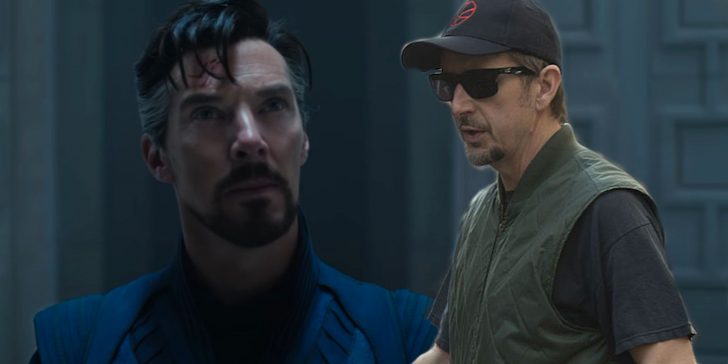 Original Doctor Strange 2 director, Scott Derrickson, reacts to the new trailer for Doctor Strange in the Multiverse of Madness that debuted on Sunday. The director of 2016’s Doctor Strange stepped down from the position in January 2020. Derrickson was replaced by Spider-Man and Evil Dead director, Sam Raimi, later in the year.

After introducing the hero to more casual audiences in 2016, Derrickson was announced to be directing Stephen Strange’s (Benedict Cumberbatch) further adventures following the events of Avengers: Endgame in December 2018. The director had opened up about the film during Marvel Studio’s San Diego Comic-Con showcase in 2019, with Derrickson revealing that his film would build on events depicted in Disney+’s WandaVision. Derrickson also teased that the film will include horror elements that set itself apart from other MCU movies, tapping into his prior experience in directing horror to deliver what many considered as “Marvel’s first horror movie.” However, Derrickson left the production in January 2020 citing creative differences over the film’s direction with the studio. After negotiations that began in February 2020, Raimi joined the production in April 2020 alongside Loki writer Michael Waldron, who reworked the script. Though he no longer has a hand in the upcoming film, Derrickson has shared his thoughts on the latest trailer.

Today, Derrickson shared his reaction on Twitter when responding to a fan who asked his thoughts on the Doctor Strange 2 trailer and whether he was excited. The director stated that he felt the trailer was great, before affirming that he was excited. Derrickson then praised Raimi, calling the horror icon the best choice for Multiverse of Madness, before saying how he felt that his departure gave him the opportunity to direct Blumhouse’s The Black Phone. Derrickson then expressed that all is good between all parties. Check out his response below:

The trailer is great and of course I’m excited! I love Sam — he was the right director for this one, just as The Black Phone was the right film for me to go make. All is good. https://t.co/hksv0pDcPe

Derrickson has been supportive of Raimi’s takeover of the production when asked previously. Following news that Raimi was in negotiations with Marvel Studios to assume directional duties in February 2020, Derrickson firmly shared his support of the director. In his tweet, Derrickson reminisced about his past experience working with Raimi, calling him one of the nicest individuals that he’d encountered in the film industry. Derrickson then praised Raimi as a living legend who was a perfect choice to take the character forward. Despite departing over the direction that Marvel hoped the film would take, Derrickson is also seemingly on pleasant terms with Marvel Studios, as he stated in January that he would be open to returning to the MCU for the third Doctor Strange movie.

While Derrickson may no longer have any involvement in Strange’s further adventures currently, it is pleasant to see him still supportive of Raimi’s handling of the character. Derrickson helped introduce the character to a whole new audience and lay the groundwork for concepts in the MCU that would prove pivotal for the final stages of the Infinity Saga. Seeing Derrickson praise Raimi and Marvel Studios’ handling of Doctor Strange in the Multiverse of Madness inspires confidence that the upcoming movie and Strange’s future will be met with his approval.

Next: Why Doctor Strange & Scarlet Witch Become Zombies In Multiverse of Madness