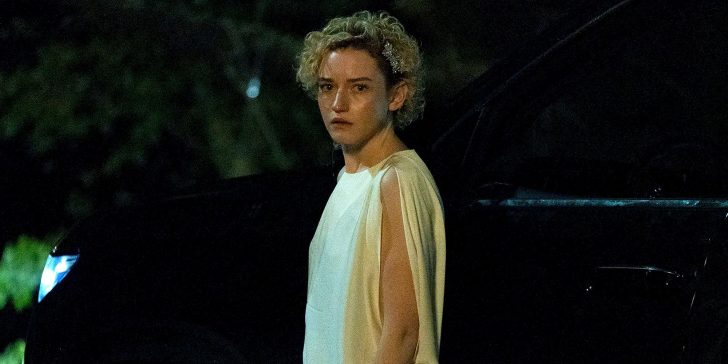 Ozark director Jason Bateman delves into the reasoning behind the end of beloved character Ruth Langmore’s tragic story in the show’s final episode.

Warning: Spoilers ahead for Ozark Season 4, Episode 14, “A Hard Way to Go.”

Netflix’s hit crime drama Ozark has finally reached a stunning conclusion, and director Jason Bateman attempts to rectify a controversial ending for one of its most beloved characters. Nearly five years ago, the Byrde family moved to the Lake of the Ozarks to get out of a sticky money laundering scheme for a Mexican drug cartel and racked up critical acclaim over four compelling seasons. With last Friday’s release of season 4, part 2, the Byrdes get their happy ending (sort of) after plenty of financial ingenuity, political maneuvering, and death—lots of death.

The quintet of Bateman, Laura Linney, Sofia Hublitz, Skylar Gaertner (playing the Byrdes), and Julia Garner as spitfire entrepreneur Ruth Langmore seemed to be magnets for blood and violence, connected to nearly every pivotal character’s death in the show. With so many possible outcomes for season 4, part 2, following the deaths of Darlene Snell and Wyatt Langmore and the dangerous shuffling of the cartel’s leadership, the Byrdes and Ruth had many people in their crosshairs and eventually found themselves at risk too. In Ruth’s swan song, she tracked down the man who killed her cousin Wyatt, interim cartel head Javi Elizondro, and killed him, eventually dying at the hands of Javi’s mother. While Ozark’s finale did many things right, Ruth’s arc didn’t end the way some fans would have liked.

Bateman, who directed the season 4 finale, “A Hard Way to Go,” spoke to Vanity Fair about the decision to kill Ruth and how the show’s creative team tried to ensure her death was meaningful for both the character and viewers alike. He justifies the crucial moment written by showrunner Chris Mundy, saying, “the character has a moment of fear and realization of what was coming, then a moment to transition to acceptance and almost turning it into a good thing.” Check out the full quote below:

“Chris was really passionate about making sure that, if we’re going to kill a beloved character, we better do it in a way that fans of that character can feel good about,” adds Bateman, explaining how he directed the scene in that final showdown so that her character is standing. Ruth ends her life “metaphorically standing her ground and going out on her terms. I talked to Julia about how to navigate what Chris had given us [in the script], which was that the character has a moment of fear and realization of what was coming, then a moment to transition to acceptance and almost turning it into a good thing.”

“Obviously we don’t have the dialogue that says all of that. But hopefully you can see that in her performance—just a taste to motivate the audience to find acceptance like the character did.”

The script aside, Bateman’s directing prowess and Garner’s Emmy Award-winning acting certainly did help in accepting Ruth’s death. After all, Mundy indicated that Ozark’s finale is about active choices, a narrative element that Ruth participates in aggressively while taking her vengeance out on Javi in season 4, episode 8. Ruth has always been a proud and uncompromising person, so allowing those characteristics to persist in her final moments is an appropriate component of convincing fans that she went out on her terms, even if she deserved better.

Like Bateman and Garner allude to in the Vanity Fair article, Ruth’s death is the most realistic way to cap off the character’s story. Life isn’t fair, especially for the poor and desperate, and Ruth’s choice to kill Javi placed her in the murderous purview of a conniving and destructive person. Many of Ozark’s main characters met their ends due to greed and ambition, and while Ruth is no exception, she ultimately died avenging her family against a ruthless drug cartel. It is not the ending that some fans wanted, but it is a logical reality nonetheless, and it was executed as ideally as possible.

Bart Woinski is a writer, podcaster, and filmmaker from Metro Detroit. He is a new addition to the Screen Rant Core News team but a lifelong and passionate fan of cinema and TV. Along with writing for Screen Rant, Bart is an aspiring feature screenwriter, hosts the horror entertainment podcast Grave Discussions, and works full-time at a city and regional magazine publication.

When he isn’t watching something or writing, Bart enjoys spending time with his girlfriend and their dog, Rupert, playing video games, reading, and playing disc golf.