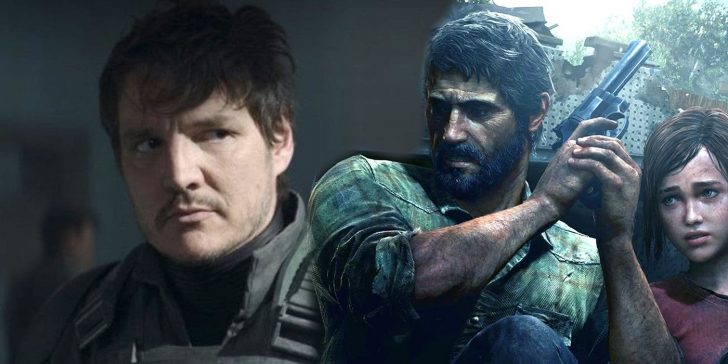 Pedro Pascal explains how The Last of Us TV show is like The Mandalorian, comparing the similarity in visions between the two shows’ creators.

Pedro Pascal explains how The Last of Us TV show is like The Mandalorian, comparing the similarity in visions between the two shows’ creators. The latter series serves as a spinoff of the Star Wars franchise and revolves around the titular bounty hunter as he ventures through the galaxy protecting the infant Grogu, a member of Yoda’s unnamed species, from falling into the hands of the remnants of the Galactic Empire. The Mandalorian hails from creator Jon Favreau and franchise veteran Dave Filoni, with the two subsequently plotting out a variety of follow-ups, including the recently released The Book of Boba Fett.

Developed by Naughty Dog and originally written by Neil Druckmann, The Last of Us revolves around a smuggler named Joel who ventures through a post-apocalyptic United States with the task of delivering a teenage girl named Ellie to a rebel militia in the hopes of developing a cure for the fungus virus plaguing the country. Development on an adaptation of the hit action-adventure game have languished in hell for nearly a decade, including a Sam Raimi-produced film, and is finally getting off the ground at HBO from Druckmann and Chernobyl creator Craig Mazin. As production continues on The Last of Us, one of the stars behind it is giving a peek behind the curtains into the excitement to come.

Related: What HBO’s Missing The Last Of Us Characters Might Mean

In a recent interview with GQ, Pedro Pascal shared some insight for the long-awaited The Last of Us TV show adaptation. The star revealed that the HBO series shares one key similarity with Pascal’s hit Disney+ series, The Mandalorian, stems from the visions of the creators behind each series. See what Pascal shared below:

“And then directions that you would expect it to go, and it might not… they’re doing some really smart things, is all I can say. It’s similar to the way Jon Favreau and Dave Filoni treat The Mandalorian, in how [Craig Mazin and Neil Druckmann] are treating The Last of Us — it’s in good hands because they love it so much. Well, clearly Neil created the video game, but Craig loves it so much. So it really is made for the people that love it. And there’s some very intense storytelling for people who might be less familiar.”

Pascal’s comparison of The Last of Us show to The Mandalorian is sure to be an exciting prospect for those who have fallen in love with the Star Wars series as well as those who have desired to see the Naughty Dog title brought to life on screen. As the star notes, game creator Druckmann is behind the series, though his discussion of Mazin being as in love with the source material as his collaborator is sure to be a comforting sign of the game’s attention to detail. In the same interview, Pascal also assured that the duo are working hard to preserve “what is iconic to the experience” of The Last of Us game.

Given the poor reception to the recent adaptation of Naughty Dog’s other major franchise, Uncharted, it’s understandable some fans may be skeptical regarding The Last of Us getting an adaptation. But with Pascal’s promises of a faithful game translation and comparisons to the burgeoning Mandalorian franchise, anticipation is sure to continue building leading up to its 2023 arrival. In the meantime, audiences can catch up with the first two seasons of the Star Wars series streaming on Disney+.

More: Last Of Us’ Game Changes Can Avoid The Show’s Biggest Challenge