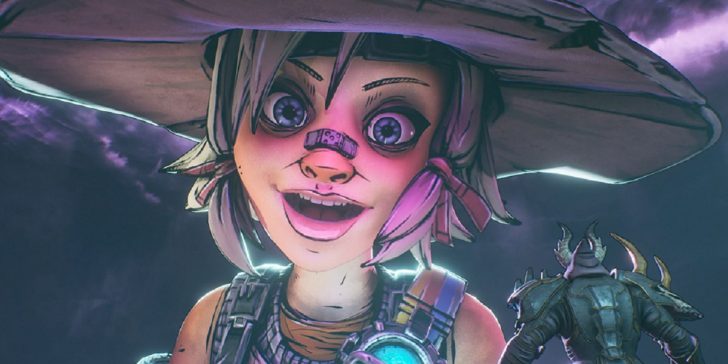 This is kind of old news, but with Tiny Tina’s Wonderlands just two days away, it bears reminding folks that the game has a weird oddity in its current-gen upgrade plan: physical Xbox One copies cannot freely upgrade to an Xbox Series X/S copy like most cross-gen games on the platform do.

In general, the Borderlands’ spin-off has an off upgrade plan compared to a lot of games that are allowing players to freely upgrade to a PlayStation 5 or Xbox Series X/S version after purchasing the game for an older console. Mainly in that, it’s inconsistent. As laid out on an FAQ on the game’s official site, PS4 copies and Xbox One copies will work on PS5 and Xbox Series X/S consoles through backwards compatibility. But if you want a version optimized for the system you’re playing on, that’s where things get complicated. For PS5 players who own a physical PS4 copy, in order to upgrade to a PS5 version, you’ll have to pay a fee. Which is in line with what a lot of companies are doing right now. But for some reason, that’s not the case with standard physical copies of the Xbox One version. The only way to buy the game on Xbox One and ensure you’ll have an Xbox Series X/S copy without having to buy a separate one is to buy the Next-Level Edition or the Chaotic Great Edition, which includes both versions.

For some reason, this limitation doesn’t apply to the digital version of Tiny Tina’s Wonderlands on Xbox One. There is likely some extremely arbitrary reason for this that 2K and Gearbox don’t want to discuss publicly, lest we all learn just how delicate all these systems are. But if you’re planning on buying Tiny Tina’s Wonderlands when it launches on Friday, March 25, be aware of how best to go about getting the game on Xbox One if you think you’ll be playing it when you buy an Xbox Series X or S system. A digital Xbox One copy will at least give you a cheaper gateway to an Xbox Series X/S copy, but as a person living in a rural area with terrible internet speeds, I know that’s not an easy task when games take as long to download as they can. But ultimately, that might be the best move to save you money down the line.