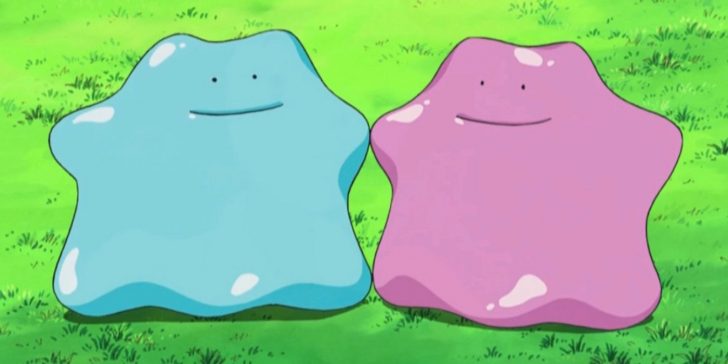 Ditto is a highly useful Pokémon, thanks to its ability to breed with almost all other Pokémon, but can it breed with other Ditto?

Ditto is one of the most useful Pokémon in the entire franchise, thanks to its ability to breed with almost every other Pokémon in the game. This raises the question of whether a Ditto can breed with another of its kind, to produce endless waves of Ditto? Pokémon Red and Blue introduced Ditto to the world, but it wouldn’t reach its full potential until Pokémon Gold and Silver when breeding and eggs were introduced to the series.

Pokémon Gold and Silver introduced the Day Care Center, where two Pokémon could be left to be taken care of by the staff. These could potentially breed and create an egg. For Pokémon breeding to occur in the games, there needs to be two similar Pokémon of different genders. Pokémon can breed with other Pokémon that belong to the same Egg Group, with the most infamous example being Skitty (the tiny cat) being able to breed with Wailord (the massive whale), as they both belong to the Field Egg Group. It’s through these breeding methods that players are able to pass on Egg Moves to Pokémon, allowing them to learn abilities that they normally cannot learn through leveling up or by TMs.

The exception to all of these is Ditto, which is the only member of the Ditto Egg Group. Ditto has the unique ability to breed with any Pokémon in the game, except those that belong in the No Eggs Discovered Group. This group contains baby Pokémon, certain special form Pokémon (like Cosplay Pikachu), and nearly all of the Mythical and Legendary Pokémon from throughout the series. Ditto’s status as a genderless Pokémon means that it can breed with either gender, which means that it’s incredibly useful for breeders and shiny hunters. The Ditto of the world might be breeding machines, but can Ditto breed with Ditto?

Can Ditto Breed With Ditto In Pokémon?

Unfortunately, Ditto cannot breed with other Ditto. The members of the Ditto Egg Group cannot breed with each other, which means that the only way to acquire a Ditto is through catching them in the wild, trading with another player, or through claiming one in a special event. A Ditto that comes from a different country than the player is especially prized, as they’re the best option for the Masuda method of Shiny Pokémon breeding, as the Shiny rate increases when one Pokémon comes from another geographical region. These are a lot easier to find in the modern era, thanks to the ability to trade online and arrange trades on forums or social media.

Ditto might not be able to breed with other Ditto, but they’re still highly prized by all players. A Ditto with high IVs is useful for competitive players, while an international one is useful for Shiny hunters. This means that almost any player who takes breeding/battling seriously will need a Ditto at some point in time, making them one of the most popular Pokémon in the franchise. The Transform move might not be all that useful in battle, but everyone wants a Ditto in their Nursery, even if the answer is no, Ditto can’t breed with Ditto.