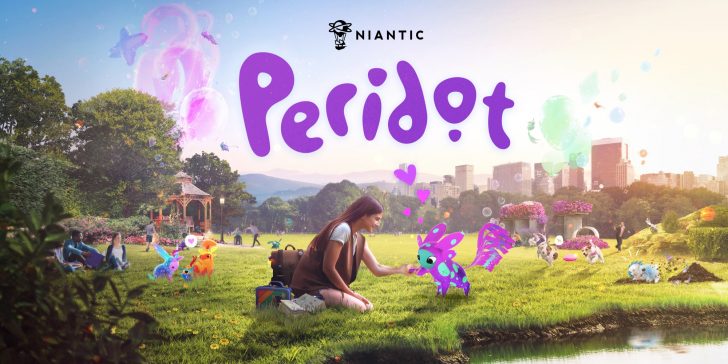 Niantic, the developer behind Pokemon Go, is going for the digital pet market with its signature augmented reality spin with its next game called Peridot.

The game will begin a “soft launch testing phase in select markets soon,” according to a post by Senior Producer Ziah Fogel. After working on a Pokemon, Pikmin, and Harry Potter game, it’s nice to see the studio bringing out an original IP again. The creature designs seem pretty cute, too. Apparently, there will be some degree of customization options, as the post says your little guy will be a “one-of-a-kind” creation. According to the lore, these Peridots have been dormant for “thousands of years,” which is why they need you to take care of them.

After thousands of years of slumber, Peridots (or Dots for short) are waking to a world vastly different from the one in which they used to roam, and they’ll need our help to protect them from extinction.

You’ll foster your own Peridots as you embark on this experience. These are creatures who feel so real, you’ll love every moment raising them from birth to adulthood. While you explore the world together, you’ll get to learn more about your cute new friends, develop a bond as you nurture and play with them, and work with other players to diversify their species.

Check out the reveal trailer below:

Though there’s no footage or in-game screenshots yet, Niantic did release a handful of mock-ups about what the game will look like.

While it’s not much to go on yet, I am intrigued by how cute these little shits are. So if you’ve ever been into virtual pets like Tamagotchi this might be up your alley. The full game might be a ways out, but Niantic says it will begin its testing phase “soon.” Which could mean anywhere from next week to a month or two out.