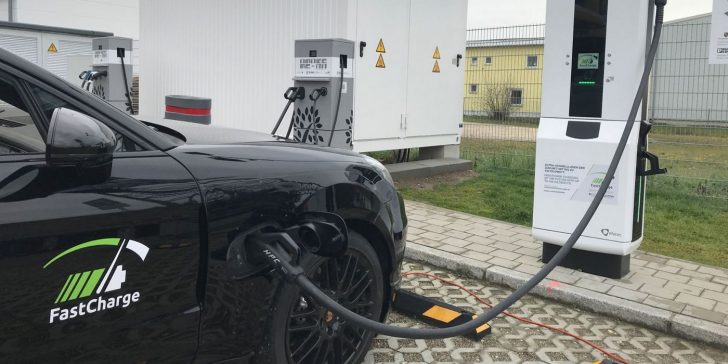 Porsche is planning to launch more all-electric cars by 2025 and build out its own network of EV charging stations with “premium” lounges.

Porsche is planning to add more all-electric models to its lineup and build out its own network of “premium” EV charging stations in the coming years. Electric vehicles (EVs) are becoming increasingly more mainstream over the past few years, and almost all traditional carmakers now have at least some electric models in their lineup. In addition, there are several EV-only automotive brands as well, including Tesla, Rivian, Polestar, etc., that have an all-electric portfolio.

While most of the passenger EVs thus far have been smaller cars and sedans, companies are also introducing all-electric sports cars, SUVs, and even pickup trucks. Porsche is one such automaker known for its iconic sports cars, like the 911 Turbo. However, while that model isn’t expected to go electric until the end of this decade, the company is going full steam ahead with electrifying many of its other existing models.

Related: Tesla Model 3 Vs. Polestar 2: Which EV Is Right For You?

At its annual investor meeting this week, Porsche said that its first electric two-seater will be the 718 Boxster roadster, which will be sold exclusively in its electric avatar by 2025. The company is also prepping to give the next-generation Cayman coupe the same treatment, which means it will sell both the cars exclusively in their all-electric forms three years from now. In addition to its new all-electric vehicles, its deputy chairman and executive board member, Lutz Meschke, told TechCrunch that Porsche is also developing its own charging infrastructure with proprietary charging stations.

According to Meschke, the charging stations will be more than just a place for EVs to refuel. Instead, they will include “premium” lounges as part of the company’s efforts to offer customers value “beyond the car.” Porsche will start building its planned charging stations in high-demand locations across Germany, Austria and Switzerland before expanding to other key markets, including the U.S. and China. Even as Porsche plans to build out its charging stations, its existing partnerships with Europe’s Ionity and the Electrify America charging networks will remain intact, the company said.

Many EV-manufacturers are following in the footsteps of Tesla and building out their own EV-charging infrastructures. While Tesla has around 30,000 Supercharger stations at more than 2,500 sites worldwide, Rivian is reportedly planning to add 3,500 fast chargers to more than 600 sites across North America by the end of next year. Ionity, which operates Europe’s largest EV fast-charging network, currently has around 400 charging stations across the old continent but plans to grow to approximately 1,000 by 2025. As for the Electrify America network, it has 670 charging stations across the U.S.

Next: Sony And Honda Tie-Up To Make Electric Cars

MCU Has A Mystery Space Show: Here’s Which Characters Could Be In It