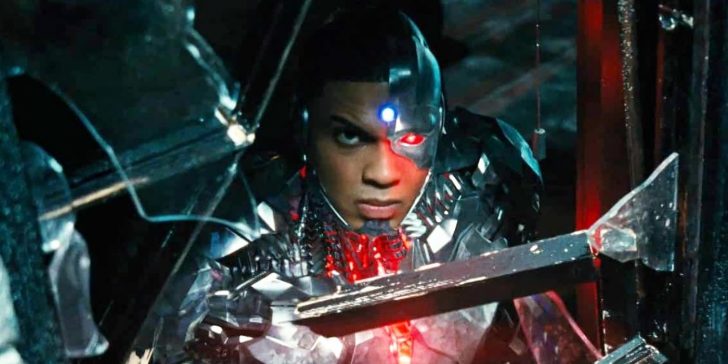 Cyborg actor Ray Fisher reacts to the success of Zack Snyder’s Justice League on HBO Max with a cheeky reference to the Snyder Cut not being real.

In a new Instagram post, actor Ray Fisher has acknowledged the success of 2021’s Zack Snyder’s Justice League on HBO Max with a cryptic caption. In 2013, the official DC Extended Universe (DCEU) was launched with Zack Snyder’s Man of Steel, which embraced a decidedly darker tone over previous iterations of Superman. Although the film was plagued by some passionately mixed critic and fan reception, Warner Bros. surged forward with plans to expand on the comics-inspired DC film universe. Snyder quickly became the go-to helmer and producer of the DCEU at large, with fans affectionately coining the nickname Synderverse to praise all of the work he has done to move the franchise forward.

Fisher made his debut as the robotically enhanced superhero Cyborg in Batman v. Superman: Dawn of Justice, and would make a more prominent appearance in 2017’s Justice League. While Snyder once again sat in the director’s chair for the latter, he would abruptly step down during post-production due to the untimely death of his daughter. Joss Whedon was brought on board to oversee a slew of costly reshoots, with the end result being a lackluster version of Snyder’s original film. Years later, Fisher rose to notoriety for calling Whedon out, accusing the director of abusive and racist behavior on set via a series of tweets. Since then, Snyder has been able to realize his original cinematic vision and Zack Snyder’s Justice League was released exclusively on HBO Max last year.

Now, the fans and Fisher himself have spoken out on the film’s success. Data compiled by analytics company Diesel Labs put Zack Snyder’s Justice League in the number one spot for audience engagement with original releases on HBO Max in 2021. In light of this, Fisher took to his Instagram page to praise the achievement with a caption that seemingly jabs at those who in the past questioned the existence of the director’s cut, affectionately referred to as the Snyder Cut by fans. Check out his post, below:

In 2020, Warner Bros. announced, to the chagrin of many A-list filmmakers including Christopher Nolan, that they would release their entire 2021 slate on HBO Max and in theaters. This meant Zack Snyder’s Justice League had ample competition to beat out for the top spot, including Dune, Godzilla vs. Kong and the DCEU’s own sequel, The Suicide Squad, among many others. That the 4-hour director’s cut was able to beat out some of last year’s biggest movies and engage with HBO Max viewers more than any other film is a great achievement. It’s also a testament to the fans who so passionately campaigned for Snyder to be able to present his Justice League as he had originally envisioned.

It’s hard for this achievement by Zack Snyder’s Justice League not to feel like vindication for fans and the cast alike. For Fisher, in particular, whose role as Cyborg was significantly diminished in the theatrical cut of Justice League, it must feel great to have audiences see the entirety of his performance and respond so well to it. His cheeky remark in the post’s caption also acknowledges the naysayers who never believed Snyder had the footage to complete his movie. And while it’s true Snyder did film some new footage in order to give the movie a proper ending, many of Fisher’s scenes as Cyborg added back in the director’s cut came from the original production. In true superhero fashion, it seems justice has been served for Fisher and all who had hoped to finally see Zack Snyder’s Justice League.