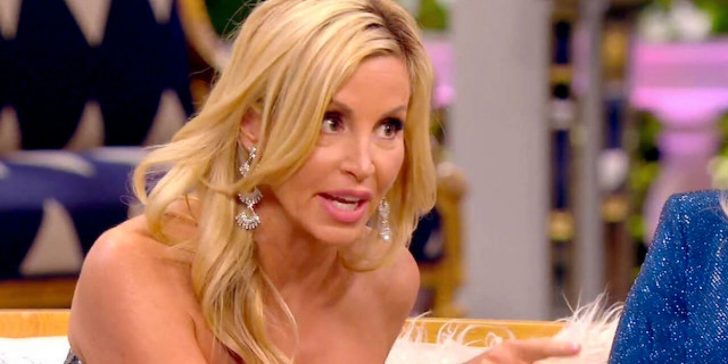 Former RHOBH star Camille Grammer shades the current cast in an Instagram post, saying the show that used to be great isn’t the same anymore.

Former Real Housewives of Beverly Hills star Camille Grammer threw shade at the most current season of the show, saying it’s ‘not the same’ as it used to be. Camille was previously a cast member on RHOBH seasons 1-3, returned for seasons 5-9, and later appeared as a guest on season 10. RHOBH is currently filming season 12.

The Real Housewives of Beverly Hills season 11 packed plenty of drama and generated a lot of buzz surrounding cast member Erika Gerardi’s legal drama involving her husband, the now disbarred lawyer, Thomas Girardi. The performer and reality star has been embroiled in lawsuits connected to her husband which suggest she may have been assisting Tom with embezzling funds from his former clients. Erika is reportedly struggling with rent and facing serious financial difficulties as a result. Filming for season 12 of the series began in October of 2021, and though there is no premiere date announced as of yet, many of the cast members from RHOBH season 11 are confirmed to return.

Never one to keep her mouth closed, Camille took to Instagram to throw shade at the current cast and season. The picture she posted featured the cast from season one of the show, which centered on the drama surrounding herself, Kyle and Kim Richards, Lisa Vanderpump, Adrienne Maloof, and Taylor Armstrong. Camille captioned the photo, writing, “When the show was great! It was raw with real arguments. Now it’s good but not the same.” The post garnered over a thousand comments, many of which voiced support for her claim that the show isn’t as good as it used to be, claiming that the original cast members were more authentic and honest.

Despite tagging all of the women of the original cast in her post, only Taylor responded to Camille by reposting the post and commenting, “Tell it like it is Camille!” After exiting the series after appearing as a regular on RHOBH seasons 1-3 and as a guest until season 6, Taylor will return to the reality tv screen in Real Housewives Ulitmate Girls Trip season 2. The other housewives Camille tagged have not responded to her post.

Of the original cast, Kyle is the only member still going strong as a cast member and will appear in the upcoming season. Despite Camille’s criticism, many fans felt that newcomers Garcelle Beauvais, Kathy Hilton, Crystal Kung Minkoff, and Sutton Stracke provided a much-needed breath of fresh air to the show. Kathy in particular quickly became a beloved fan favorite and was the source of much of the light-hearted hilarity that tempered Erika’s heavy legal drama in season 11. Fans of the Real Housewives of Beverly Hills are anxiously awaiting the premiere of season 12 to pick up where the dramatic and always entertaining cast left off.

Next: The Real Housewives: Friends That Turned Into Enemies

90 Day Fiancé: Fans Not Fooled By Ella’s Excuse For Cheating On Johnny