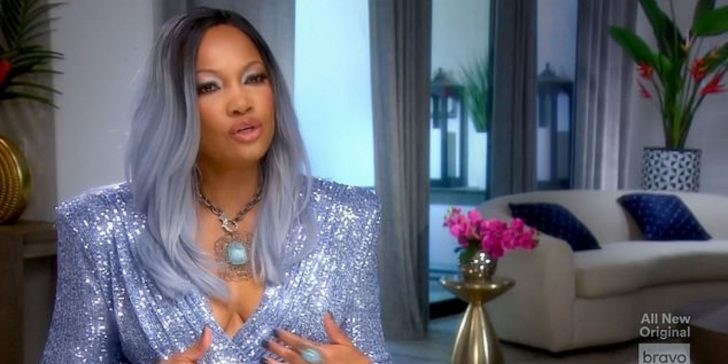 RHOBH star Garcelle Beauvais reveals in a recent interview that she is neither looking for a man nor looking to settle for just anyone.

Haitian-American actress, tv personality, and reality star from The Real Housewives of Beverly Hills Garcelle Beauvais is currently single and is not searching for a partner. Garcelle joined the Real Housewives franchise in season 10 and has been known for her strong and bold personality. Beauvais is known to have success in the different careers she steps into, but she has had a lack of success in finding love. The star’s first marriage was with producer Daniel Saunders in 1990 with whom she had her first son, Oliver Saunders.  The two had gotten married after only two months of dating. Their marriage lasted for a decade and the two got divorced in 2000 but great detail of the divorce was not revealed.

Beauvais’ marriage with Michael Nilon, a talent agent, came a year after the star’s divorce from Saunders. In this marriage, Beauvais and Nilon welcomed twin boys, Jax, and Jaid Nilon, in 2007. Three years later, the star found romantic messages on her husband’s phone, and out of anger, Beauvais sent an email to her husband’s coworkers and told them about the affair and this email was eventually leaked to the media; the co-host from The Real later revealed that she felt embarrassed about her actions once the email became publicized. The couple finalized their divorce in 2011 but continue to successfully co-parent. While appearing on RHOBH, Beauvais introduced viewers to her new beau, Michael Elliot, screenwriter, but this relationship was short-lived.

Beauvais has spent the last two years single, booked, and busy and in a recent interview with People, the star speaks more about not being interested in settling for love. During RHOBH season 11, the star met with a dating coach and divulged information about herself and her dating life. While talking to the dating coach, Beauvais revealed that she has difficulty placing absolute trust in someone and she also finds that issues occur in her relationships due to her self-reliance. But, Beauvais’ conversation with People suggests that she is more interested in enjoying life as is right now, than spending her time searching for a lifetime partner. She said, “I don’t want to just bring anybody in as a seat filler. I really want it to be the person. I feel like we put so much pressure on women to have a man, be married, have kids. Can we just live our lives?”

The actress also spoke about her divorce from Nilon and how his affair affected her. In addition to feeling angry, the star felt confused and hurt upon finding out that she was being cheated on, and it took a while for the star to realize her husband’s infidelity was not related to her. She also touched on why she went through with the divorce and decided to co-parent instead. “One of the reasons I didn’t stay married is because I didn’t want to change my spirit. This is my one shot at life. And I didn’t think it would be fair for my kids to live with a mom who has so much angst.” Beauvais has worked on a memoir called Love Me As I Am, which provides details on her life’s journey and all that it offered her. For Beauvais, she felt as though writing the book served as a form of therapy and put her in a peaceful place that allowed her to share.

The Real Housewives of Beverly Hills star’s book will be available on April 12 and is currently available for preorder. Beauvais had recently been ambivalent about returning for RHOBH season 12 but in December 2021, it was revealed that the star will definitely be returning to the show, as per a Bravo announcement that RHOBH returns May 11.