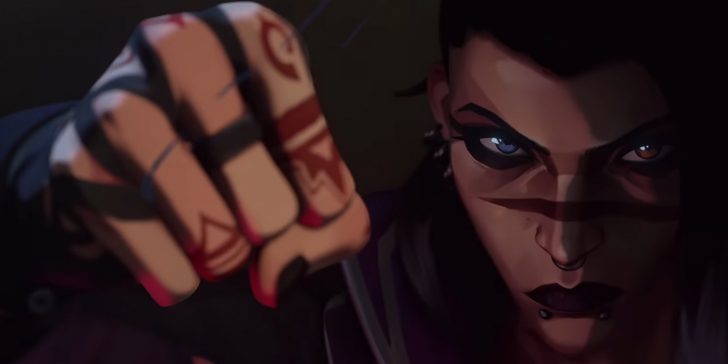 Fade, Valorant‘s inescapable new Turkish agent, made her cinematic debut after weeks of teasing from Riot. During today’s Valorant Masters pre-show, Fade’s first trailer showed her shadowy kit at work clowning on a cast that thinks they can catch her. I’m rooting for Fade.

After these last few days of rumors and murmurings around leaks, Riot shared Fade’s game of cat and mouse she reverses on her pursuers. Dropping us to the scene of it all in Istanbul, Fade takes your “darkest fears” and preys upon them. While new footage confirms as much, Valorant has hinted at her ability to manipulate the shadows and cunning intelligence through a few 4.0x dossier updates.

Forcing enemies into the open shouldn’t be too hard with a spooky shadow kit; you can check out the latest Initiator in action now. It’s not her actual gameplay trailer, but there’s enough there to inspire some ideas on how she’ll work.

Across its whole library of games, Riot makes character debuts to flashy cinematic trailers, and Fade is no different. Her theme, Karanlığın, is an original track for Valorant from artists Helin and ARB4 that I’ve now got on repeat. It’s competing with Burn It All Down, by Denzel Curry and PVRIS, for songs Riot has gotten relentlessly stuck in my head. Another pat on the back for not saddling me with Imagine Dragons.

It’s been quite a few months since Valorant added to its roster, with Filipino agent Neon as the last to join its ranks. The fanfare around Valorant‘s Masters Reykjavík Grand Final isn’t over just yet, so perhaps Riot will share when we can expect Fade’s release and still keep good on its tease of a gameplay reveal.

Anyway, I love Fade and I hope she’s having a good day. Adding her to my usual approach of “I don’t know how to play this character, I just think they’re neat,” in every competitive game I play.