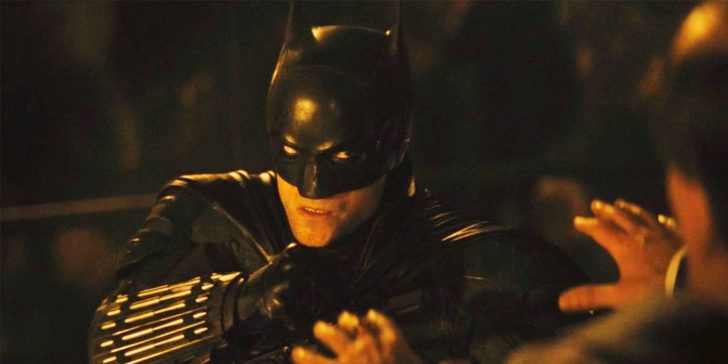 Robert Pattinson throws some really good punches in a newly revealed behind the scenes video spotlighting his training for The Batman.

A new behind the scenes video offers a peek at Robert Pattinson’s training for The Batman. At $677 million worldwide and counting, The Batman stands as the highest grossing movie of 2022 so far. The gritty DC film takes place in a universe that is separate from the DCEU and introduces a Gotham that is falling apart at the seams. Bruce Wayne (Pattinson) has adopted a vengeful approach to cleaning up crime as Batman, and two years into it, it isn’t clear if he’s actually helping or hurting. The Batman also features a star-studded cast that includes Zoe Kravitz, Paul Dano, Andy Serkis, Colin Farrell, Jeffrey Wright, and John Turturro.

When Pattinson was first cast in the role in 2019, there was some backlash from certain fans who believed the former Twilight star wouldn’t be up to the task. Now, three years later and officially post-release, it’s safe to say that the tides have changed in Pattinson’s favor. The actor received rave reviews from fans and critics, and there’s already fervent interest in additional Batman movies starring him. Though not officially confirmed, it seems likely that Pattinson and Reeves will team up again for The Batman 2.

As everyone waits for more news about another film, they’ve been treated to a little peek behind the scenes. In a video shared to social media by Erica Plano Arrias, Pattinson spars with fight trainer Daniel Arrias. The video itself is very short, yet Pattinson manages to get in a far amount of punches, showcasing some of the work he had to do to prepare for The Batman. Check it out below.

Pattinson’s Batman has a brutal approach to fighting. Rather than leaning into carefully choreographed movements, this Bruce Wayne goes for blunt and effective punches. This gives The Batman a violent edge, though Reeves actually avoids making things too gory. Some might’ve wished for the film to earn an R rating, but the way Pattinson moves does much to convey the darker side of his hero without leaning into graphic elements.

The Batman altogether depicts a very different iteration of the iconic hero, and that has helped it become, for many, the best Batman movie in some time. Opinions will vary from person to person, of course, but there’s little question that Reeves and Pattinson both approached this portrayal with a lot of care and attention. For example, the way Pattinson’s Batman fights is emblematic of Gotham and his overall approach to fighting crime, and that is conveyed in a subtle way. Assuming more Batman movies are on the way, it seems likely that this world will continue to develop in fascinating ways.

More: Is The Batman Better Than The Dark Knight?