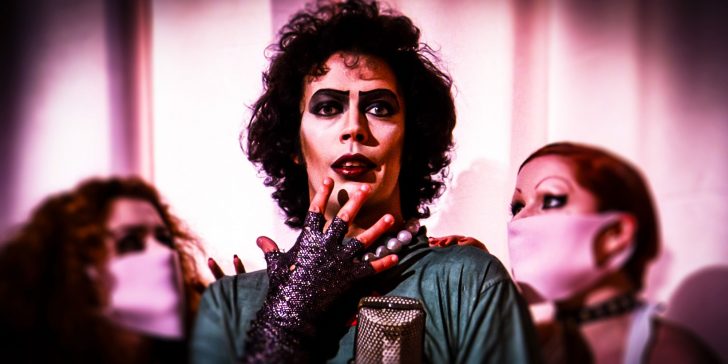 The Rocky Horror Picture Show 2 would have been even weirder than its predecessor, but Richard O’Brien’s vision never came to fruition.

The Rocky Horror Picture Show, like any mystical cult movie, has a convoluted history of unmade sequels, here’s what Rocky Horror 2 could have been and why it was never made. The 1975 movie began as a musical on one of London’s stages before it became the cult classic it is today, and many of the original production cast were in the final movie, including Tim Curry who originated the role of Dr Frank N Furter on stage. Its subsequent success years after its theatrical release meant that a sequel was naturally called upon, but an official sequel to The Rocky Horror Picture Show has never materialized, only a Rocky Horror tribute remake in 2016.

The Rocky Horror Picture Show has taken its place not only in the cult classic hall of fame, but in queer history. It was released at a time when sexual liberation and sexual identities were taboo topics, and heteronormativity was pushed in society and reaffirmed in media (even more so than now). It was a financial flop at the time, but Rocky Horror broke boundaries and opened doors for sexual acceptance. Since, it has been affectionately held close to the queer community, and become more iconic due to it being an effective stand-alone film.

The first intended sequel for The Rocky Horror Picture Show was titled Rocky Horror Shows His Heels, based on a script written in 1978 by Richard O’Brien. In the sequel, Janet (originally played by Susan Sarandon,) would be pregnant with Frank’s baby, and the mad scientist would be resurrected, going on to cause his usual havoc. Brad leaves Janet, embracing his homosexuality, and the resurrected Frank sprinkled the nearby townspeople with fairy dust that would turn them into sexually charged Transylvanians. When Janet’s child is born, mass partying ensues before Frank’s resurrected corpse eventually starts to decompose, with the film ending with Riff Raff and Magenta kidnapping Frank and Janet’s son. This sequel was scrapped due to Tim Curry not wanting to reprise the role again, and director Jim Sharman’s hesitation to make the same film twice.

Richard O’Brien, not wanting to abandon his work, went to work on the film Shock Treatment, released in 1981, as a vague follow up to Rocky Horror. The continuity in Shock Treatment is loose, with Brad and Janet being played by different actors, and O’Brien and Patricia Quinn return but play different roles from their Rocky Horror characters. Shock Treatment didn’t get the same cult status as Rocky Horror and thus is widely considered a financial and commercial flop. O’Brien wrote another potential Rocky Horror sequel in 1988 titled Revenge of The Old Queen which is rumored to be about Frank’s mother who seeks revenge on Riff Raff and Magenta for killing him. Then O’Brien wrote a script in 2001 for a stage sequel that combined elements from both Rocky Horror Shows His Heels and Revenge of the Old Queen, dubbed by fans as Rocky Horror: The Second Coming. The project, like other unproduced Rocky Horror sequels, has since fallen into development hell, as did a planned 2009 The Rocky Horror Picture Show remake which did not have O’Brien’s blessing.

Rocky Horror is a staple zeitgeist movie, which means it would be a huge task to give it a sequel or remake it in modern times. It is a product of its time in every way, which is possibly why O’Brien has since left any possible sequels for the film alone, as it was released nearly 50 years ago now. The Rocky Horror Picture Show was a product of its time, responding to the specific pressures of the era and a sequel coming so long after would have to tackle issues in such a different way as to make it unrecognizable. Further, every actor in the original made their role their own in a way that can’t be emulated, particularly Tim Curry, Rocky Horror’s leading man.

Rocky Horror still runs successful stage tours in both the US and UK, bringing the immersive and crazy experience to thousands of people. Its legacy still remains strong even without a true sequel, which begs the question of if it even needs one. The Rocky Horror Picture Show was a sensation for both cinema and the queer community, and its impact is huge regardless.

Next: IT: Why 2017’s Pennywise Is So Different To Tim Curry’s