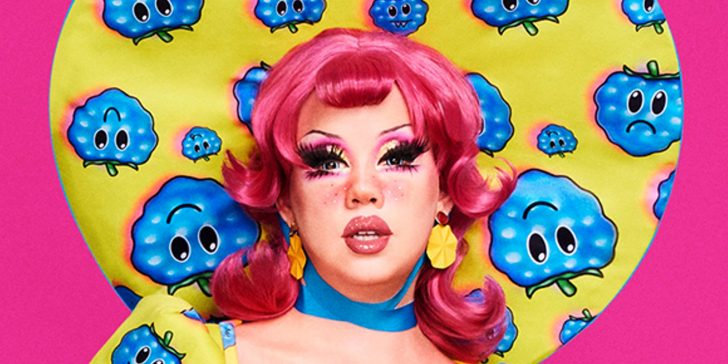 RuPaul’s Drag Race star Willow Pill has come out as trans. Find out how Willow made this announcement and learn more about their particular obstacles.

As this season of Drag Race went by, Willow revealed that they were diagnosed with cystinosis from a young age. This medical condition is a kidney disease that can cause issues with one’s eyes and muscles. In early episodes, Kornbread “The Snack” Jeté was shown helping Willow out in the werkroom as Willow struggled with their fingers to move. The big mantra for Willow’s drag is to turn the pain from their medical condition into something colorful, beautiful, and twisted.

Following the latest update from Willow Pill, it appears that RuPaul’s Drag Race has even more trans representation this year. As seen in the tweet below, Willow disclosed that they identify as trans. “It’s taken me a long time to come to terms with my transness because so much space has been taken up by my illness,” they explained, “but only in the last year have I really started to realize that I’m not happy with my gender identity either.” After being surrounded by queer and trans queens while filming Drag Race, however, Willow got the clarity that they needed. “I’m still not sure where I fit on the spectrum, for now. I just say trans femme, but I also don’t have to know now,” Willow noted.

Following their time on the set of RuPaul’s Drag Race, Willow revealed that they had surgery to “make my face a bit more feminine.” On the other hand, they explained that transitioning for people with chronic illnesses is even harder due to all the combinations of medications and hormones they have to balance out. As a result, Willow is currently “discussing a very low dose of hormones with my doctor and will have to take things very slow because I’m on a variety of intense medications.” Willow noted how hard it’s been for them to disclose that they’re trans, but that they felt like it was necessary. For the time being, they’re going by the name Willow both in and out of drag and using they/she pronouns.

Willow had already been lauded for challenging ableism on Drag Race by sharing their health issue and not letting it affect their performance in the competition. Now, Willow has joined Kornbread, Kerri Colby, Bosco, and Jasmine Kennedie as the five trans queens competing on Drag Race season 14. This show has certainly now evolved into something that fans have long been asking for: a much more diverse platform for LGBTQIA+ artists to showcase their talents.