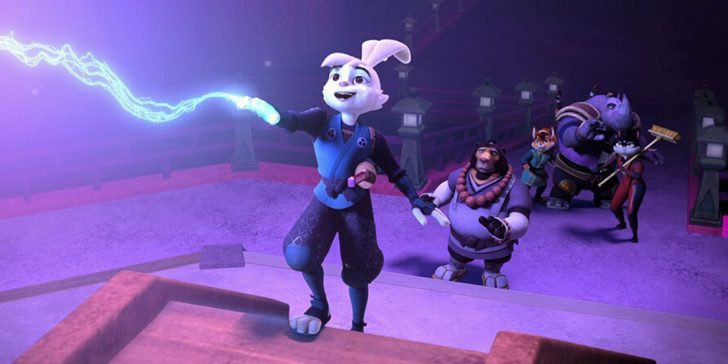 According to ComicBook.com, Netflix has announced an April 28 release date for the debut of Samurai Rabbit: The Usagi Chronicles. Candie and Doug Langdale are the showrunners, writers and executive producers of the new series. The prolific writing duo is also writing the upcoming Netflix animated film I, Chihuahua, which stars Gabriel “Fluffy” Iglesias. The pair have also previously written on projects such as The Adventures of Puss in Boots and Scooby-Doo! Shaggy’s Showdown. Sakai is also reportedly deeply involved with Samurai Rabbit: The Usagi Chronicles, having been quoted as saying “I approve everything.”

Related: Netflix’s Never Have I Ever Cast & Character Guide

Samurai Rabbit: The Usagi Chronicles follows the teenage rabbit, Samurai Yuichi, descendent of the great warrior Miyamoto Usagi, on his epic quest to become a true samurai. Yuichi leads a ragtag team of misfit heroes – including a roguish bounty hunter, a cunning ninja, an acrobatic pickpocket and a faithful pet lizard – as he battles depth-charging moles, metal-tipped winged bats, and monsters from another dimension, all in the pursuit to become the best Samurai Usagi!