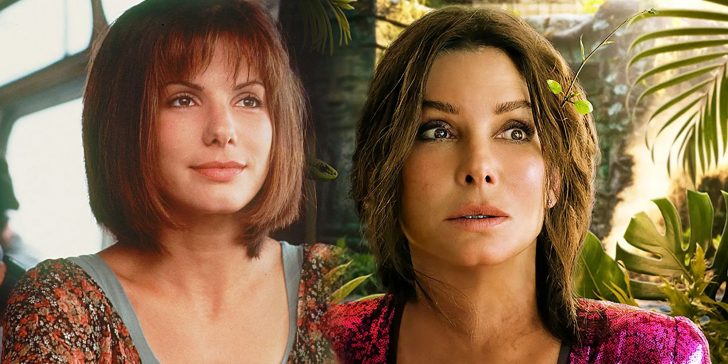 Actress Sandra Bullock, who next appears in The Lost City with Channing Tatum, reveals that she is taking a step back from her acting career.

Actress Sandra Bullock has announced that she is taking a break from her acting career. Bullock first emerged on the Hollywood scene in the early ’90s with standout performance in movies like Demolition Man with Sylvester Stallone, Speed with Keanu Reeves, and Irwin Winkler’s The Net. The actress continued her run with a string of dramas and romcoms that helped define her career, teaming up with other A-listers that could match her wits, including Nicole Kidman in Practical Magic, Ben Affleck in Forces of Nature, Hugh Grant in Two Weeks Notice, and Ryan Reynolds in The Proposal.

Bullock could more than hold her own, however, leading a number of projects that helped launch her into the next echelon of her career. Bullock’s Miss Congeniality series was a massive hit for the actress before she started taking on more dramatic fare, such as The Blind Side, which brought her a Best Actress Oscar. Bullock went on to star in the widely acclaimed Gravity from director Alfonso Cuarón, which netted her another Oscar nomination. After starring in the one-two punch of Netflix’s Bird Box and Ocean’s Eight in 2018, Bullock took a small hiatus, before returning with last year’s The Unforgivable and this month’s The Lost City.

While speaking to ET Canada, Bullock revealed that she’s going to once again put her acting career on hold and take a break in order to be with her kids, saying she needs to be “in the place that makes me happiest.” Bullock said that she’s fully dedicated to her career when she’s working, saying, “I take my job very seriously when I’m at work,” and that now she wants to change gears and “be 24/7 with my babies and my family.” As for how long Bullock plans to be taking a break, the actress said that she just plans to be with her family “for a while,” but gave no specific timeline on her return.

Bullock will next be seen in Brad Pitt’s Bullet Train, which is set to release this summer, but has no other projects lined up outside of that. It was announced a while back that Bird Box 2 was in development at Netflix, but nothing has been mentioned in the last few years on the potential sequel. In the meantime, Bullock already completely another film for the streamer (The Unforgivable) that was completely unrelated. Ironically, Bullock joins her The Proposal co-star Ryan Reynolds as the latest actor to announce taking a break from making movies to focus on family, even though they both have projects still set to release in the coming year.

Actors taking a break from their career pursuits is fairly common and not always something that’s announced. For Bullock, it feels like she’s merely mentioning her intent for the near future, rather than issuing a statement about taking a break. For actors who can afford to take the time it’s great, although there are many that are still chasing the dream to reach that level. Of course, some actors seem to never sleep, churning out dozens of movies per year, but it all catches up at some point. There’s likely a large part of the population that would love to take a break to spend more time with their kids, but it’s not always in the cards. Sandra Bullock is sure to be back, however, as her resume shows that her passion for the work is infectious.