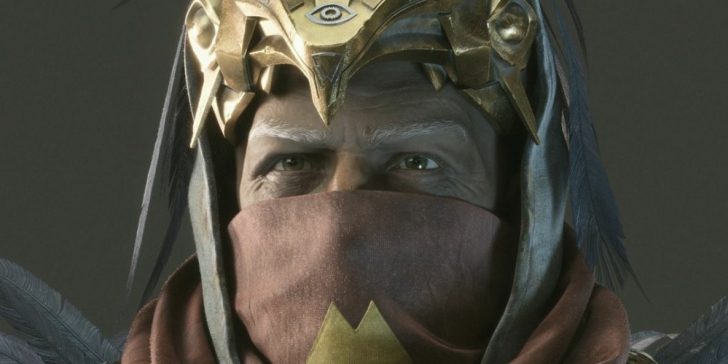 A lot of video games today seem to assume that we have infinite time to play them. And when you’re young, it can feel that way sometimes. Sure, you might have to deal with work and other commitments, but when you look ahead you might see decades and decades to come, meaning you’ve got plenty of time to grind out experience in a game like Destiny 2 or Fortnite. Not everyone who plays video games is young, though — a recent comment on a Destiny 2 guide drove this home for me. Here it is, from a commenter named RAJDBeast:

Now, you might say, “RAJDBeast, you are 73 years old! You should have better things to do than play video games! And surely you don’t need to have three Destiny 2 characters!” But that would be pretty rude. Who are you to say what RAJDBeast should be spending their time on? If they want to game, then by god, I say they’ve earned it. I say they’ve more than earned it — they’ve earned an across-the-board XP boost in all games with grinding. Think about it like a senior discount.

And why stop at XP boosts? Maybe you get an increased drop rate on rare items in games where that’s a thing, too. If someone’s already put the time in on life generally, they should get a pass when it comes to mechanics that artificially extend a game’s playtime. When you don’t have much time left, you shouldn’t be expected to spend that time hunting around for a magic sword in Elden Ring or playing round after round of Gambit in Destiny 2, hoping for that elusive memento to appear.

This started as a joke, but the more I think about it the more I think it’s a genuinely good idea. XP should scale with an estimation of how long you have left on this Earth. Start at a 2X boost when you hit 65, then increase it by every year after that. If you make it to 100 and you’re still gaming you should be able to zoom through games. You should be showered with loot and experience. You should get an exclusive Destiny 2 emblem.

Would this be practical to implement? Maybe not. Would it be decried as unfair by younger players? Probably. Would it create an underground economy of people faking IDs or pretending to be their grandparents in order to get through their Fortnite season pass or get a rare character in Genshin Impact? Absolutely it would. But those are prices I’m willing to pay in the course of obtaining justice for our eldest gamers.