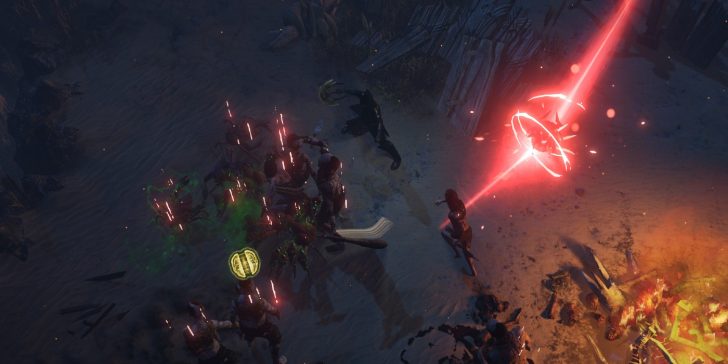 For the first time in a while, the upcoming Path of Exile: Sentinel expansion won’t make any changes to classes, retaining the same balance as the previous season. Grinding Gear Games producer and developer Chris Wilson announced this during the reveal livestream on May 5, assuring players that they won’t need to update their builds or come up with new ones.

This is quite a rarity for Path of Exile as there usually isn’t a shortage of changes when it comes to new releases, especially for classes. During the media briefing a few days ahead of the livestream, I asked Wilson about this decision. Internally the studio sees it as an experiment that they wanted to try for a while, as they are aware that new releases have the potential to invalidate people’s build games. As a result, folks always have to search for new builds ahead of each new expansion or challenge league. While they recognize that some players enjoy the aspect of exploring class changes and working out the best builds, others may worry that they’re not following the right build.

Wilson hopes that the experiment might help with the “degree of decision paralysis” whenever a new release is on the horizon and there are tons of complicated changes involved. “So we’re running an experiment here,” Wilson said during the Q&A, “which isn’t necessarily going to be repeated, which is where we just don’t change anything. The intention is to see whether the certainty of builds working is something that’s gonna get players excited, whether they can look at build guides today or on announcement day and know for certain that those builds are still gonna function, and whether that’s a positive thing in their life.”

It’s early to see how this is going to impact the overall experience, but the developer is confident that if players do find this decision a positive one, they’re open to “mix it on occasion in the future,” where some releases will have static balance and others will have balance changes, appealing to both groups of players. “It’s important for us to answer the question of what happens if you don’t change the balance,” he added.

Wilson mentioned Diablo 2: Resurrected as a recent example of an ARPG that didn’t tweak anything from the original release. While they’re doing post-release balance changes now, Wilson said that the release went incredibly well cause “players knew what to expect,” so we’ll have to wait and see how it goes for the free-to-play ARPG during Path of Exile: Sentinel.