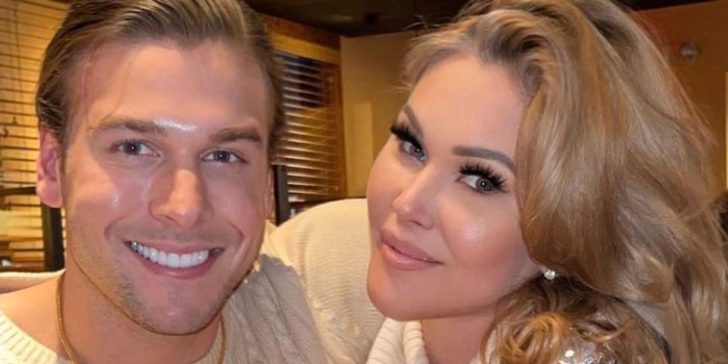 Shanna Moakler has received an emergency protective order from Matthew Rondeau after the Celebrity Big Brother star’s recent domestic dispute. The former couple has called it quits after a night of fighting that led to Matthew’s arrest. Matthew has since denied the allegations and blasted Shanna for making him look like a “villain.” But Shanna appears to be moving on without him and putting protective measures in place to ensure her safety.

Things started going left while Shanna was away filming the show. Once Matthew caught wind of a flirty conversation Shanna had with Lamar Odom, he unfollowed her on social media and removed all of their photos from his page. Once Shanna was eliminated, fans noticed that she unfollowed Matthew back. However, a few days later, the couple was spotted making out in public. Matthew also released a statement about their “on-and-off” relationship saying the love between them was always “on.” But after Shanna appeared in the finale, the couple’s celebration took a turn for the worse. The following morning, Matthew was arrested and charged with felony domestic violence.

Related: Celebrity Big Brother: What Todrick Has Shared On IG After The Finale

Now more details have come forward into Matthew’s arrest and what he allegedly did that resulted in the criminal charges. Shanna has been issued an energy protective order against Matthew in wake of his arrest. A report from the Los Angeles Police Department obtained by Us Weekly says “[Rondeau] grabbed victim by the hair, [swinging] her by hair on the ground.” The model then “grabbed [Moakler’s] face and neck, threw chair at victim and urinated on [her], leaving visible injuries.” Police also seized firearms, according to the report. The protective order is short-lived and only lasts for seven days. It will be void on March 3 and Shanna will have to file an official restraining order in order to extend the protective order further.

The order orders Matthew not to “harass, attack, strike, threaten, [or] assault” Shanna nor contact her directly or indirectly “by any means.” Matthew was also ordered to stay 100 feet away from Shanna and had to move out of her home immediately. Us Weekly insiders say Shanna is done with Matthew and has no intentions of taking him back. The couple has been on and off since they started dating in 2020. They were enjoying their latest reconciliation after they separated sometime last summer. Shanna spoke highly of Matthew during her time filming. She would often give Matthew a special shoutout after placing her vote for eviction.

Matthew alarmed fans after he posted up a nearly five-minute video rant berating Shanna and accusing her of cheating on him with her married neighbor. Us Weekly say Shanna only slept at the neighbor’s house to get away from Matthew following their heated fight. But Matthew accused her of cheating and being unfaithful throughout their entire relationship. He also accused the Celebrity Big Brother star of still having feelings for her ex-husband Travis Barker. Shanna has been surrounded by family and friends since the incident. Matthew has given his followers an update and claims he would never hurt Shanna. For now, it looks like Shanna and Matthew are officially calling it quits.