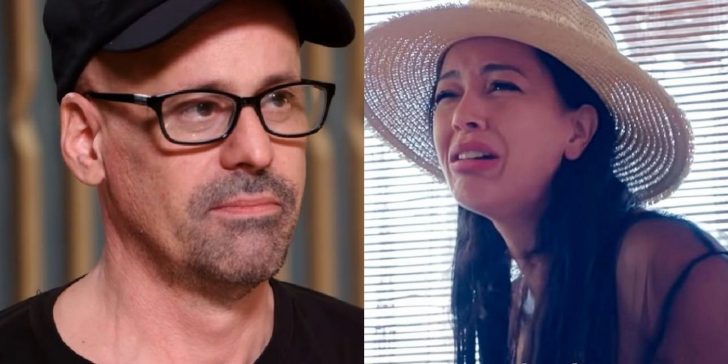 Jasmine Pineda is well known for her mistreatment of Gino Palazzolo on 90 Day Fiancé: Before the 90 Days. However, viewers see a change in her.

Jasmine Pineda has become well known for her mistreatment of Gino Palazzolo on 90 Day Fiancé: Before the 90 Days, but the change in her behavior in the last few episodes makes viewers believe she is blossoming into a changed woman. Jobless, 52-year-old Gino has traveled to Panama to meet his girlfriend for the first time. Almost from the moment Gino arrived, Jasmine’s forceful personality shined brightly. Their screen time has mostly been full of tears and arguments, mainly on Jasmine’s behalf, and her constant revelation of red flags made fans worry about Gino.

Jasmine was unhappy with her Christmas gifts, which were a pregnancy test and an electric toothbrush. As a result, she booked a $2,500 weekend getaway at the expense of Gino to make up for it. Jasmine lost her cool when Gino wanted to tip the female server on their first date. She even had a complete meltdown in the gym over his ex-wife picking out colors and decorations in his apartment several years ago. However, despite these obvious flaws, the last few episodes have shown an unexpected side to Jasmine that surprised viewers. Ultimately making them believe Jasmine might be changing to be a more appreciative and understanding version of herself.

It all began with a lap dance. Jasmine’s divorce is finally official and her friends threw her a divorce party with a male stripper. Jasmine, being a very jealous woman who refuses to allow Gino to be around other women, allowed the stripper to give her lap dances and strip. Later, she went back to the room where her friends showed Gino the video of Jasmine and the stripper. Gino was upset, and rightfully so. Gino pointed out the double standard and asked Jasmine how she would feel if he had a stripper. In that moment, instead of screaming and crying like she would’ve in the past, she quietly acknowledged that Gino had a point. It’s a small step, but even Gino appreciated the effort as he told the cameras, “It’s nice to hear her apologize to me for once.”

It didn’t end there. Perhaps the strongest sign of her changed attitude was when they arrived on their mini-vacation. A tearful Jasmine thanked Gino for the vacation and the love he’s shown her. Jasmine also acknowledged her red flags in the time they’ve been together. “I feel happy and guilty at the same time because I have shown you, like, the worst side of my personality.” Although the tears were normal for Jasmine, admitting to her poor behavior and communicating effectively was not. She revealed to cameras it was time to put her guard down and put more faith in Gino. These scenes show a more understanding and compassionate Jasmine that viewers are not used to.

In the end, Jasmine and Gino still have more work to do on themselves. Although Jasmine’s attitude seems to be improving, the situation with Gino’s ex and her nude photos show that Jasmine still has some work to do in the communication area. However, change doesn’t happen overnight and with some viewers believing Gino intentionally riles Jasmine up, it’s unclear if these two will work out in the end. Overall, viewers are waiting for future episodes of 90 Day Fiancé: Before the 90 Days to see how far this couple makes it.

Next: 90 Day Fiancé: Kim Blasted For Using Son To Manipulate Usman Into Intimacy

Jaye Hernandez is a well-seasoned content writer with a degree in Journalism. In 2011, she won a state-wide creative writing contest and has been chasing her dream ever since. Her daughter inspires her every day. As a single mother of one, her goal is to show her daughter that we can have it all: a family and a career. Writing isn’t easy, but her flow is one you won’t forget!