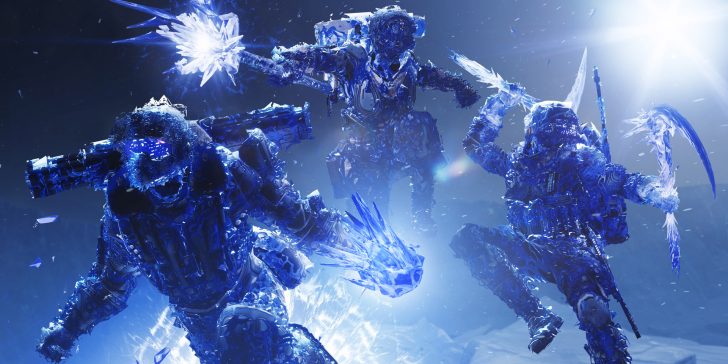 Keeping a game like Destiny 2 balanced is a lot of work. Developers have to navigate between the Scylla of allowing meta-dominating options to run wild and the Charybdis of nerfing everything into the ground. It’s a tough thing to do, and Bungie’s taken various stances on it over the years, from releasing emblems to commemorate broken Crucible builds to making subtle adjustments between powers in PVP and PVE modes. Perhaps the biggest shift in recent Destiny 2 history was after the introduction of Stasis in Beyond Light. When initially released, Stasis was perceived as immensely overpowered in the Crucible, to the point that Bungie severely curbed its destructive potential in later updates.

In the Witch Queen Collector’s Edition lore book, there’s a fun little bit of text that provides an in-universe explanation for this change — a message to Ikora Rey from the Hidden Agent Truce, who has been mentioned once or twice before in Destiny lore as a Guardian who fought at the Battle of Twilight Gap. He observes that Stasis is no longer as deadly against Guardians as it once was, and proposes a couple of possibilities to explain it. First, he considers that Guardians might have gotten better at using their Light to counteract Stasis. But then he notes that some believe that Stasis changed itself — that it has a mind of its own.

Truce likens Stasis to a virus which evolves a strain that won’t kill its host. “People were turning against Stasis,” he says, reflecting real players’ reactions to the ability when it was first added to the game. “They didn’t like what it was doing to their Crucible.” Thus, he argues, Stasis made itself “nicer” so Guardians would keep using it, resulting in a “proper balance” between Stasis and Light, a balance that was easier for Guardians (and players) to accept. However, a virus only evolves to “go easy” on its host if that would make it more successful. Furthermore, viruses don’t have any real purpose besides making more of themselves — they certainly don’t have the capacity for long-term planning.

“If a virus could make people explode like rotten balloons and infect everyone nearby,” Truce adds, in what seems like an obvious nod to the Flood from Bungie’s Halo, “a virus would do it.”

Gesturing towards mechanical balance changes in the lore is one of those Destiny 2 details that’s completely unnecessary — most players aren’t thinking about the in-universe implications of balance changes. But it’s a cute wink to the interplay between narrative and mechanics in games, one of those details that keeps me coming back to Bungie’s world. And it makes me wonder if the updates to Light subclasses, starting with Witch Queen‘s Void 3.0, will have narrative implications as well. Maybe Guardians are finding new ways to use the Light in response to the existence of Stasis. Maybe Ikora’s done some research to make the Light more exciting and attractive. Or maybe the Light itself is changing to compete for our favor. Hopefully we’ll find out more when a second Light subclass receives its update next season.