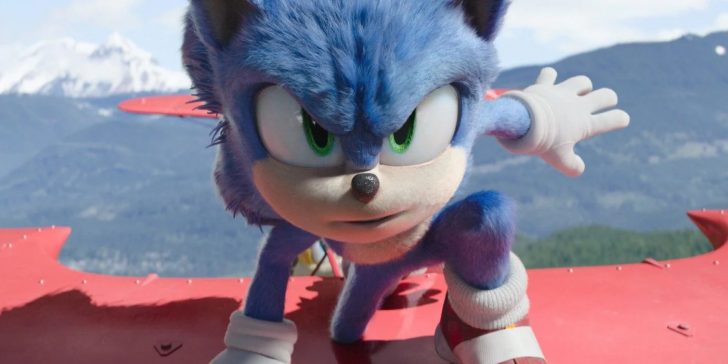 The first live-action Sonic the Hedgehog movie thrived because, even with a blue hedgehog who runs fast at its center, a lot of the film was grounded and distanced from the wilder lore the decades-old series has cultivated. Even though that meant staying away from the characters I love most, I admired that the film portrays a more grounded conflict between Ben Schwartz’s Sonic and Jim Carrey’s Doctor Robotnik, all in the format of a buddy cop film. Sure, it’s still got magic and sci-fi elements, but it fits inside a neatly contained movie that could have easily bloated itself with a gluttony of characters and lore. As a result, Sonic the Hedgehog 2 (in theaters tonight), feels like a response to the original’s call, because it leans in heavier on the video game’s bullshit than its predecessor. By the time it was introducing concepts like the Master Emerald and characters like Idris Elba’s Knuckles, it had already earned the audience’s trust to do so.

Even though we’ve had some good ones over the past few years, video game movie adaptations still have a reputation for being Not Great.  The reasoning for this is so inconsistent, that it can be hard to nail down why the jump from video game to movie is so tough. Some, such as the Super Mario Bros. movie, feel entirely divorced from the source material, creating something that only resembles it in the name. Others, like Final Fantasy VII: Advent Children, are so insular in their worldbuilding that they alienate anyone who isn’t already deeply invested in a video game’s worth of story. But for a lot of them, there seems to be an inner struggle of how to integrate video game concepts into a passive medium. Whether that be in dedicating swaths of screen time to things that would have been playable levels like the recent Tomb Raider reboot, or Warcraft trying to adapt stories told in dozens, if not hundreds of hours, into a medium that people get antsy about if it’s more than two-hours-long.

Sonic the Hedgehog’s greatest strength is its restraint, even if it means the movie itself was merely good, not great. It takes the time to let you buy into an anthropomorphic hedgehog with enough speed and electrical energy in him to knock the power out of a small Montana town before getting too big for its britches. We don’t need to know that there’s also a fox with two tails he uses to fly around like a helicopter. We don’t need to sit around and talk about the Echidna voiced by Bloodsport. And we certainly don’t need to get into a big green gem that holds unknowable power surely to be misused by bad actors hidden somewhere on Earth. That’s not origin story shit, and because the first movie took the time to be that, Sonic the Hedgehog 2 gets to be the video game movie full of both meaningful characterization and referential worldbuilding that superfans probably wanted to begin with.

Sonic the Hedgehog 2 is exactly the kind of fan-pleasing adaptation those very insular debuts aspire to be. But instead of being an incomprehensible glut of buzzwords and winking, it’s able to flourish in its own lore without feeling indifferent to an audience who didn’t know about it when they walked in. Because by now, they’re ready for more of it, and that’s why the sequel still manages to feel universal even when it leaps to the farther reaches of the Sonic the Hedgehog universe. When you’ve been running on the ground for one movie, the logical escalation is to reach for the stars in the second.