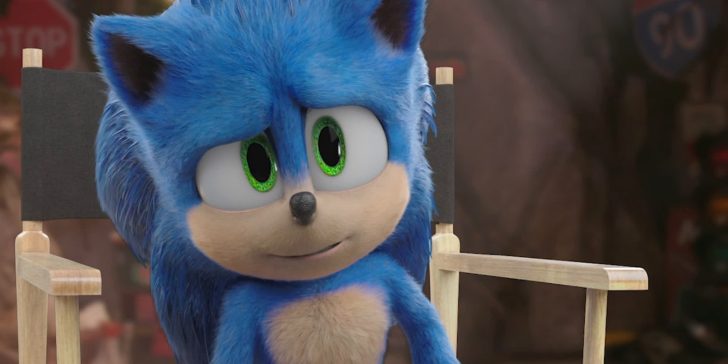 I think my perception of movies has just been completely borked by the pandemic because I didn’t realize Sonic the Hedgehog 2 was as close as it is until I saw the movie’s final trailer, which is equal parts good and cool things I remember from the original live-action adaptation, and has a few too many of the pop culture references that dated the original movie something fierce when it came out two years ago.

This final trailer’s got everything you want. It’s got the goofs, the guffaws, the running fast, the Jim Carrey as Dr. Robotnik, the Idris Elba as Knuckles, and also namedropping brands like Uber, and calling Knuckles “The Winter Soldier” as a reference to the Marvel character of the same name. These were very much along the lines of the writing I didn’t love from the first movie. The same kind of gags that has Sonic do the floss dance not once, but twice, dating the movie to the day of its release and making referential gags that won’t age as gracefully as it would if your writing was just sharp and universal. But it seems the writers of these movies have decided on a tone and are sticking to it.

Beyond those little jokes, the trailer also leans into some of the most fun parts of the original movie, which makes me excited for it to come to theaters on April 8. The sitcom-esque family dynamic between Sonic, his cop best friend Tom Wachowski, and his sister-in-law Rachel takes the spotlight here, and is some of the more effective humor put on display. The whole movie still looks pretty fun.

But really, catch me waiting for the post-credits scene that introduces other Sonic characters. I’m still putting my bets on Amy Rose and Metal Sonic being the next batch of anthropomorphic animals to make their way into the live-action movie universe, but I would love for Shadow the Hedgehog to show up instead.