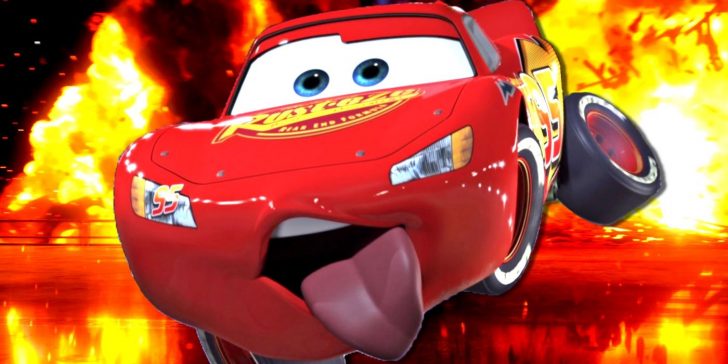 The franchise has been a huge success for Pixar but is Cars 4 likely to happen? The first Cars movie followed a talking race car called Lightning McQueen (Owen Wilson), who gets lost in a desert town on his way to a race and is forced to complete community service before he can leave. The cocky race car eventually falls in love with the small town after spending time with the residents and learns a little humility. While Cars wasn’t quite as acclaimed as other Pixar efforts like Toy Story or Monsters, Inc, it was still a big success. It also boasted a great cast, including the legendary Paul Newman and Michael Keaton (Spider-Man: Homecoming).

Cars 2 would add some spy drama intrigue to the series, with Lightning taking part in an international race and working alongside a spy named Finn McMissile, voiced by Michael Caine (The Dark Knight). The 2011 sequel received mixed reviews, with the visuals being praised but the story and comedy found lacking. Littered with fun Easter eggs and Pixar connections, Cars 3 also seemingly brought Lightning’s story to a close in a straightforward manner. He suffers a terrible crash during a race and has to train to take on a new generation of racers. Cars 3 was considered an improvement on the second movie and tackled some darker themes.

Cars also launched a number of spinoffs, including numerous short films, video games and a movie franchise called Planes. This series ran for two movies, and while a third entry was planned, it stalled following the closure of Disneytoon Studios. The Cars franchise has collectively grossed over $1 billion worldwide – and much, much more in merchandise – so will Cars 4 ever happen?

Will Cars 4 Happen? What We Know About The Possible Lightning McQueen Sequel

Cars 4 is not yet announced, but there is hope that it could be thanks to some of the key talent involved. Back in 2017, producers Kevin Reher and Andrea Warren spoke about their openness to expanding the franchise: “Like any sequel, from Toy Story 4 to Incredibles 2, as long as there’s a good story to tell it’s worth investing, we do love these characters, we love them as much as the public does.”. Owen Wilson has also spoken about the possible Cars 4, suggesting a radical reinvention of the racing series: “I would imagine that if they do do another one, it’ll be something pretty cool. But yeah maybe like Lightning McQueen in sort of like a thriller. Maybe that could be something.”

The key consideration for Disney is not just that Cars movies have fans, it’s that the merchandising power of the franchise is incredible. The Pixar movie series ranks high with the likes of Star Wars and Disney Princesses. Back in 2012, Forbes listed Cars as raking in an enormous $1.05 billion. That pulling power isn’t quite as big several years after Cars 3, but Cars 4 would have a compelling reason for existence from a Disney finances point of view. That said, the question of whether Cars 4 will happen is more complex than that.

Cars 3 Was The Lowest Grossing Of The Series

While Cars 3 was a box-office success, its numbers were noticeably down from the second movie. Cars 2 grossed over $560 million in 2011, while Cars 3 took in over $380 million. Again, that haul isn’t terrible but combined with the mixed reception of the second movie, it suggests audience interest in the Cars franchise is dipping. Following the third installment’s release, there was also some notable fan discourse about the absence of Doc Hudson’s (Paul Newman) after the first Cars movie – more specifically, how the films never actually addressed what happened to him. According to Earn the Necklace, “After his [Newman’s] death in 2008, the production company thought it best to leave him out of Cars 2.”

Related: Pixar Movies In Chronological Order (Based On The Pixar Theory)

This call certainly makes sense, but many fans were still dismayed by how Doc’s character wasn’t tied up in either sequel movie, aside from being shown in flashbacks using archived recordings of Newman’s voice in Cars 3. Though issues like this probably don’t sour many Cars fans on the entire franchise in the grand scheme of things, perceived missteps definitely add up, and subsequently influence the future success of possible sequels. This, in turn, also influences how hard creative higher-ups are willing to fight for another entry of Pixar’s widely-beloved animated movie franchise.

Cars 3 introduced Cruz Ramirez as Lightning’s trainer but she eventually takes his spot in the final race. The third film was also described as the third act of McQueen’s career, with the ending seeming to suggest Cruz would become the new racer while Lightning would act as a mentor. Cars 3 producers Kevin Reher and Andrea Warren were even quoted in a 2019 article from The Cinemaholic as saying that they could see Cruz’s character involved in a possible version of Cars 4 if she ended up being a “breakout character” in Cars 3. And, of course, she arguably became just that.

That said, Pixar still hasn’t released any official plans for Cars 4. So, if a potential fourth entry did happen, there’s a slim chance it could still involve McQueen’s racing as the film’s focus. He’s certainly still the face of the franchise. However, there are past comments from the Cars team that suggest otherwise. In 2017, Brian Fee (who directed the third film) told Cinemablend:

“I actually don’t know the future of the franchise. I don’t know where we’ll go after that. I don’t know if we’ll make one [another sequel]. If we do, will it be more McQueen? This is the third act but I don’t know how many acts he has in his life. Will other characters be main characters, at this point I have no idea. I think anything’s possible.”

Though the future of Cars 4 remains uncertain, Pixar did confirm that a spin-off series, Cars On The Road, is coming to Disney+ in 2022. Lightning McQueen star Owen Wilson is returning alongside Larry The Cable Guy, who played Mater. Moving away from racing and concentrating on McQueen’s relationship with his quirky best friend is a smart move, and the Cars On The Road series will present lots of new comedic opportunities as they take on a cross-country road trip. Disney are promising a raft of new characters, imaginative destinations and the appearance of old friends throughout the series. Even if Cars 4 doesn’t happen, there could be more in this vein from the franchise.

Pixar Is Moving Away From Sequels

It seems that, though Pixar’s Cars 4 is possible, it won’t arrive any time soon. As previously mentioned, there isn’t an officially-declared release date yet. Even so, there has been a good deal of online speculation about when it may be if it does happen. Some fans guess that a sequel could arrive anywhere from 2023 to 2025. Still, it’s worth noting that, in recent years, Pixar has been on a run of sequels to their biggest properties, including Finding Dory and Incredibles 2. Since the release of Toy Story 4, the company has aimed to focus on developing original projects for the foreseeable future. Cars 3 also did a good job wrapping up McQueen’s racing arc, and with the movie’s modest performance compared to previous entries, this means the series could be on ice for at least the next few years or so.

Next: All 6 Pixar Movies & Shows Releasing After Turning Red