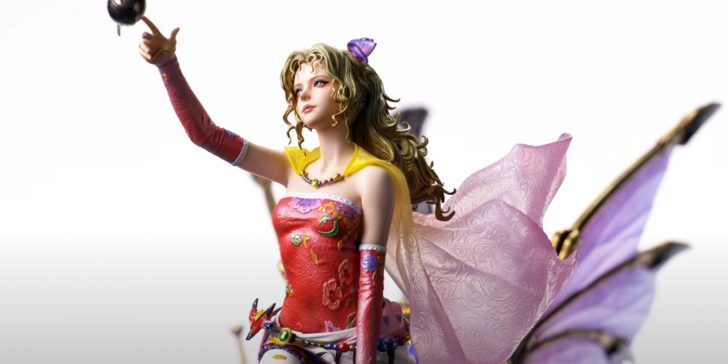 For the low, low cost of one of my student loans, you can own a statue of Final Fantasy VI protagonist Terra Branford on Magitek armor. She’s ¥1,485,000, or ~$11,549.68, and limited to 600 pieces worldwide. It’s an amount that would land me with an overdraft fee, and while I’m no stranger to buying overpriced nonsense I do not need, I reckon Square Enix just shocked me with the line.

I get it; I get it—I ordered that Zidane and Kuja statue years ago when I finally started making enough money to save even though one day I’ll die, and this hunk of junk will still be here. However, judging from Twitter replies, Square Enix shocked the hell out of a lot of folks who were prepared to pay a giant Zidane and Kuja ghoulish amount, but not that kind of ghoulish amount. For clarity, the Final Fantasy IX statue was $840, while a Nier Automata piece from the same “Square Enix Masterline” branding has a $3,399 variant.  You can buy at least a couple of each for the price of Terra.

I know these things are expensive as hell to make, and a lot of talented artists spent time on them—that’s another one of my long-winded rants for another day, but even the Father of Final Fantasy seems shocked by Square Enix. He quote tweeted the original price reveal, comparing his latest game’s diorama budget to the price of Terra in all her opulence. I’m not trying to pretend I know the bar, but I figure there’s surely some sort of Final Fantasy VI tribute we can work out for not $12,000.

That’s a lot of context to get to my point: I think some of the characters Square Enix creatives authored would hate Square Enix’s $12,000 statue. In typical listicle fashion, I would like to present you with the most important and entirely serious thing I’ve written all day. Here are five Final Fantasy characters that would judge the hell out of you for buying a car-priced 1/6 scale Terra.

Estinien kind of has “raised by wolves” vibes sometimes with his inability to shop without supervision. I’m also horrible with money and easily conned, so I get it, but he’s trying to right some of his wrongs and be a better dude. The man may not know how much to pay for a hair tie, but he knows $12,000 is absurd for a Terra statue.

I’m not putting Lulu here because I think she’s an extra charitable character, but more so because I think she’d be disgusted with me for even paying $12 for a figure and displaying it in my home. I love Lulu, but she’d definitely hate me, anyone with tacky collections, and Square Enix for this figure.

Final Fantasy VII Remake has me a little anxious about Tifa’s characterization toeing some lines, so she’s not making my list with Barret. This man, however, would absolutely hate that statue. He’d definitely take issue with the price tag and raise concerns about the environmental harm caused by making the thing.  Thank you, Barret. Please don’t let Tifa get weird on us in Remake.

I reckon Rinoa probably grew up as one of those people who eat crap with gold on it, but at some point, we know she had a moment of realization and figured out that’s not a great look. And even though she fails miserably at every turn, Rinoa gets pissed enough over Galbadia’s cruelty that she goes rogue, starts a resistance movement, and hijacks a train. I think she probably stole money from her dad to form her resistance. She’d steal some of these for sure.

He’s already pissed about the state of the world, and I get it; things suck. Sure, we could get nitpicky and criticize him for trying to destroy everyone, but I think he’d have a moment of clarity and recognize this as extra ridiculous. If you told Caius you paid thousands for one of these things, you’d definitely provoke him into a speech about how this does nothing for Yeul before showing out some more.