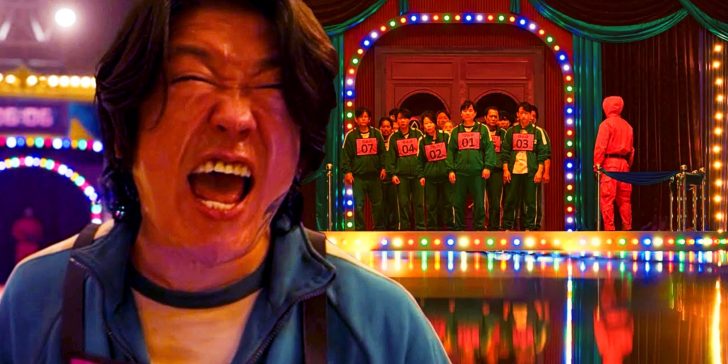 Squid Game creator Hwang Dong-hyuk talks about the scene he had the most trouble writing, saying the glass walking sequence proved very difficult.

Squid Game creator Hwang Dong-hyuk talks about the scene he had the most trouble writing in the acclaimed series, saying it was when the characters walked across the glass bridge. Hwang wrote and directed every episode of the show’s first season, which quickly became one of Netflix’s biggest hits, spawning a large international following. The series has been renewed for a second season, with Hwang returning to write and conceive the future episodes.

Squid Game follows a group of individuals who are entered into a life or death series of children’s games to alleviate their extreme financial debt. The fifth game in the series depicts the contestants moving across a two-panel wide glass bridge, one of which will shatter under their weight and one that will support them, leading to several big character deaths. The sequence required a lot of heavy stunt work from the Squid Game team.

In an interview with The Playlist, Hwang admits the glass bridge was the hardest scene of the series to write since it was the only one not based on a real children’s game. He says it was tricky figuring out the rules of the game, while also knowing how and when important characters would die. Hwang goes on to say it was tricky figuring out the right ways to raise the stakes, to keep the sequence exciting and tense. Read his quote below:

I would say personally, writing the games was the most difficult challenge as a writer, and the biggest challenge among the games was definitely the glass bridge. It was because it was not a game that really existed, I had to create the whole thing, and I had to create each element of the game in terms of who goes when, the order of the way people cross the bridge, why Gi-hun ends up being number 16, and how each character, from number one to 13, how they all die. I had to come up with all of those different stories on my own, and it required a lot of ideas.

Hwang also says in the same interview that creating the games themselves was the most difficult part of crafting the first season, with all of them requiring different tones and feels. On the other hand, he says writing the characters was the easiest part of Squid Game, talking about how he had all their backstories figured out as early as 2009 when he first came up with the idea. All the characters needing to be in extreme financial debt gave them a common thread with how they came to participate in the games.

Squid Game proves that something full of originality that isn’t from an established intellectual property can still be a massive hit with audiences, as long it displays the imagination and gumption to inspire and intrigue people all over the world. With the second season of Squid Game on the way, Hwang has his work cut out for him, but his drive for crafting the first season shows he’s up to the challenge. Hopefully, Squid Game season 2 will have games as memorable and suspenseful as the glass bridge.

Next: Squid Game “Universe” Could Be A Bigger Risk Than Netflix Realizes