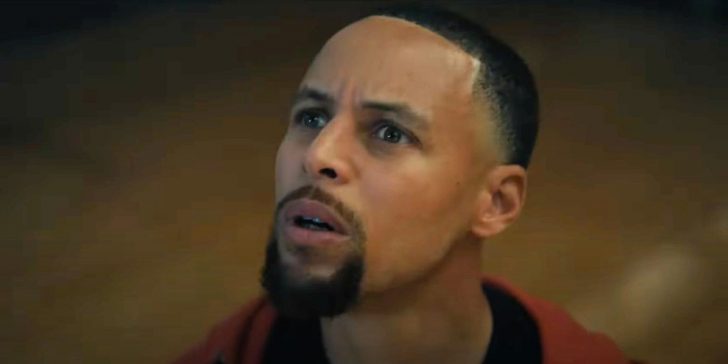 Stephen Curry is almost abducted in a new ad for Jordan Peele’s upcoming film Nope. Curry is an eight-time NBA All-Star basketball player for the Golden State Warriors. Widely regarded as one of the greatest point guards of all time, Curry has been named NBA’s Most Valuable Player twice and has won three NBA championships. He is credited as revolutionizing basketball by inspiring teams to routinely utilize the three-point shot.

Conversely, Nope is an upcoming horror film written, produced, and directed by Peele. The plot follows residents of a small town in California who witness an abnormal and mysterious event. While very little is known about the mysteries of the movie, the Nope trailer and teaser seem to point towards an extraterrestrial element. However, since Peele’s films are known for their social commentary and twists, there is sure to be more than meets the eye concerning the story. Nonetheless, the latest ad for the movie further points to aliens and abductions.

In a new ad shared by Universal Pictures, Curry is almost abducted by the mysterious forces at play in Peele’s movie. The quick thirty-second teaser features various elements seen in previous advertisements for the movie, including Curry walking past a horse in the beginning, as well as the basketball player continuously looking up as mysterious events begin to happen. On Twitter, the post is accompanied by a short description saying, “It’s a NOPE for @StephenCurry30.” See Curry almost get abducted in the new ad for Peele’s Nope below:

Because Curry is not listed among the cast members for Nope, his prominence in the new ad is as mysterious as the plot of the movie. Since the film is set to take place in California, his connection may come in the form of him playing on California’s Golden State Warriors team. As to whether he will be in the final movie or have a small cameo in it remains to be seen. Laying into the extraterrestrial theme, the final shots of the teaser show Curry looking up into the sky as some sort of cloudy dust floats down from above. Fittingly, Curry quickly throws up his hood as he turns to walk away with a terrified look on his face.

The teaser above is further proof that Peele’s Nope may have some sort of alien element. However, like his previous movies, there is sure to be social commentary, which may come in the form of who the aliens actually represent. Still, seeing Curry almost get abducted is a fun and interesting take on the film’s advertisement, creating even more mystery surrounding the story. Audiences can look forward to seeing Peele’s story unfold when Nope releases on July 22, 2022.

John Deloss is a freelance entertainment writer for Screen Rant, having just recently joined the team. A California State University, Fullerton graduate with a B.A. in English, John is an aspiring writer hungry to make a name for himself — emphasis on hungry. When he’s not behind a keyboard, you can find him out on the trail backpacking or at home brewing beer.