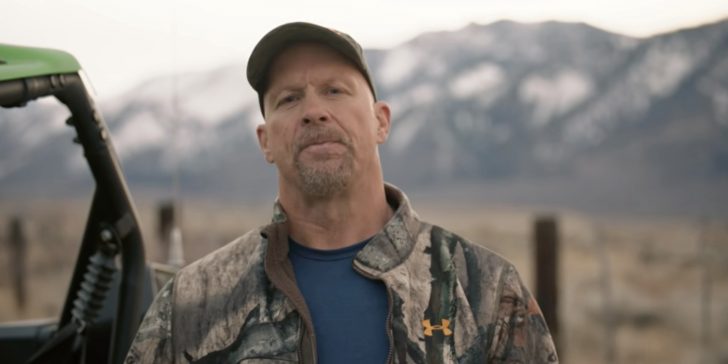 As a young, hip, and extremely cool millennial, my memories of the 1990s are fuzzy at best, admittedly. This means I unfortunately (or fortunately, depending on who you ask) have little to no idea what it was like to experience a time period where wrestling was actually pretty cool. I just have this secret little hobby I have to bring up whenever extended relatives ask me what I do for a living. But back in ‘97, it sounds like rasslin’ had a modicum of street cred, and a whole lot of that goes to Steve Austin.

Now, again, my first memory of Austin as a wrestling fan was him showing up at Raw 25 to stun Vince and Shane and then just kinda blow on out of there. And having seen the entire of Raw 25, it was actually one of the better segments. But I fully admit I can’t see Austin the same way that fans who lived through his peak years do. Not necessarily a bad thing, but he doesn’t carry the same nostalgia for me, plain and simple. That being said, WrestleMania has always been about spectacle over substance, as evidenced by our good friend Logan Paul and the inclusion of Johnny Knoxville on the card. And if you can offer both the substance of a legend and the spectacle of a potential in-ring return 20 years in the making, then it sounds like a win to me. Bringing out one of WWE’s best known heroes to crack open a few cold ones in his favorite state is no great surprise.

Return of the Rattlesnake

A bit more shocking is the lackluster build to Austin’s Mania appearance. Kevin Owens kicked off this feud with Austin by making fun of the state of Texas for a few nights running, and the four people who watch Raw every week may recall that the two share a finisher in the stunner, so things are already pretty heated there. Two weeks ago, Kevin ran down a potential list of Texans he could interview for the KO Show Mania Version. He ended by selecting Stone Cold, as the idea of pouring milk over his stunned body was too tantalizing to give up. Because if Canadians hate two things, it’s beer and Texas. On paper, this actually rocks. Austin is one of the best talkers in WWE history, so influential that crowds are still using his catchphrases today, and at the most inopportune times. Owens is a similarly gifted promo, who shares Austin’s ability to convey pure passion in everyhting he says and does. I’d watch a 5-7 minute interview segment with the two of them easy.

Last week, Austin accepted KO’s challenge, but he changed up the offer a little. Stone Cold made it sound like we’d be getting a little more than a stunner and an Irish goodbye, if he had anything to say about it. Ice-T’s favorite business partner agreed to an interview on the KO Show, but he also offered up the chance at a beat down, or even a match — something Austin hasn’t done in almost two decades.

His extremely tough guy and pro-dune buggy  promo reminded us that his last WWE match was at WrestleMania 19, where he took three Rock Bottoms and retired to live a life of starring in moderately funny TV commercials. The idea of Austin making that in ring return to embarrass Kevin and the entire country of Canada? Very interesting indeed. This year’s Mania card is a bit over the map, with the promise of some excellent matches and the absolute dread and fear of others. But Owens and Austin in a ring together would be far from the worst thing we’ll see in Dallas.

The Architect Butts In

Meanwhile, as Kevin has been dunking on Texans, Seth Rollins is pulling his best John Cena four years ago and crying because he doesn’t have a spot on the Mania card. Wrestling Twitter will have you believe this is because Cody Rhodes is coming to make all his dreams come true, but as someone with years of experience on the topic, I don’t really wait for blonde men to show up anymore. In an attempt to get on the show of shows, Rollins elected to heal his Mania blues by turning to a tried and true trick in the performance community: just stealing somebody else’s thing. He said he wanted to host Steve Austin on his own talk show, then challenged Kevin to a match for the rights to Austin’s sound bites that are going to play on Instagram for a week straight. 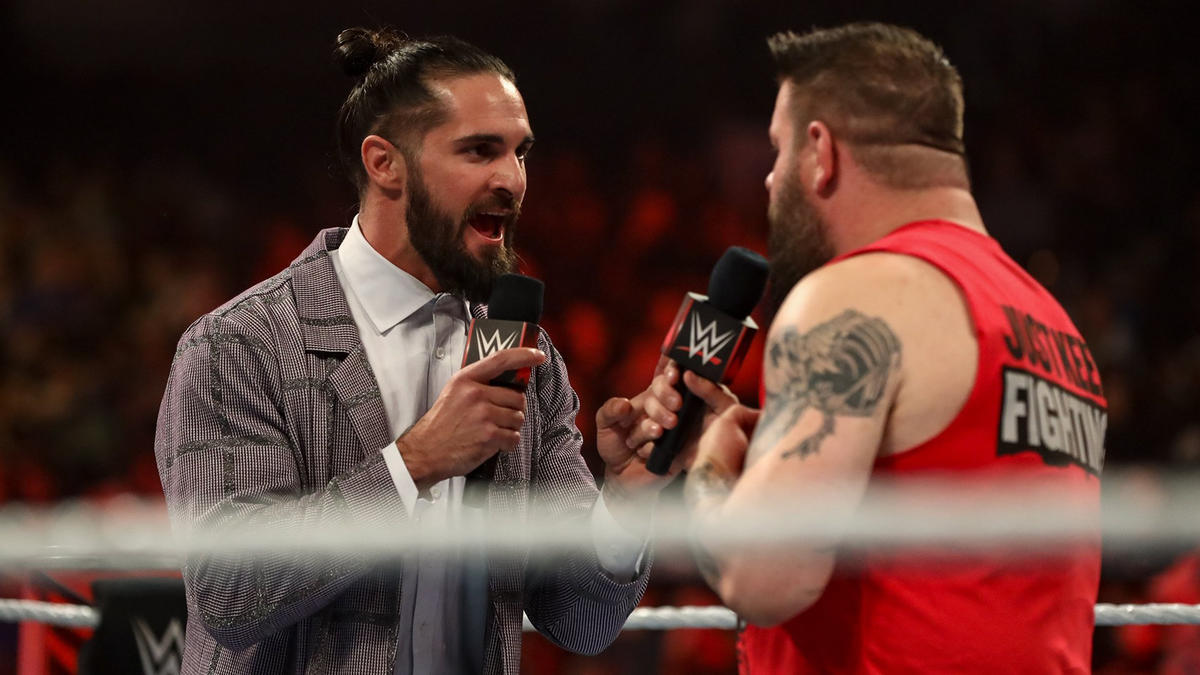 All things considered, this was a good Raw main event, even if I was as confused about why it was happening as Kevin was. There wasn’t a ton of plot besides Owens comforting Seth about being matchless in Mania earlier in the night. Regardless, two of WWE’s current best duking it out for the chance to rub shoulders with a legend worked; we saw how important a potential stunner vs stunner confrontation is to KO, and it made Austin’s home state appearance even more anticipated. These two work well together, the match was fine, and KO won. No harm, no foul.

The bigger issue here is what exactly is Austin doing at Mania? Brief appearances by legends are nothing new, and we didn’t really need a YouTube video to confirm Stone Cold would show up in Texas. But the premise here hinges on the idea of one more match, of Austin busting out the knee braces for the final time. Is it possible? Sure, we’ve seen some miraculous comebacks from retirement; Edge being the most notable contender in recent years. We know Austin retired from a variety of different career long injuries back in 2003, but he’s been steadily amping up the in ring appearances over the past few years. And while this could be a blatant bait and switch by WWE, the idea of having two of their main stars compete for the right to interview someone just doesn’t cut it, does it? They know we don’t want to see the KO Show. We want to see a brawl.

On that note, Kevin is an excellent pick for Austin’s return (if that is indeed what’s going on). Even setting their shared finisher aside, Owens resembles the Rattlesnake in more ways than one; loud mouthed, anti-authority, and having the ability to make it look like he’s actually going to beat the complete piss out of his opponent. They match up on paper, and even if there’s no chance Stone Cold can go like he used to, KO’s more than capable of carrying him across the finish line. For someone as important to the company as Austin was, he deserves another go around at the grandest stage of them all. And if not now, then it’s probably never going to happen for him. Austin’s loss at Mania 19 feels like a black mark on his very impressive career, and here’s the perfect opportunity to wipe it out. Give him a feel-good win at the biggest event in April, close that book once more, and send a Texan crowd home happy. Not even WWE can mess this one up, right?