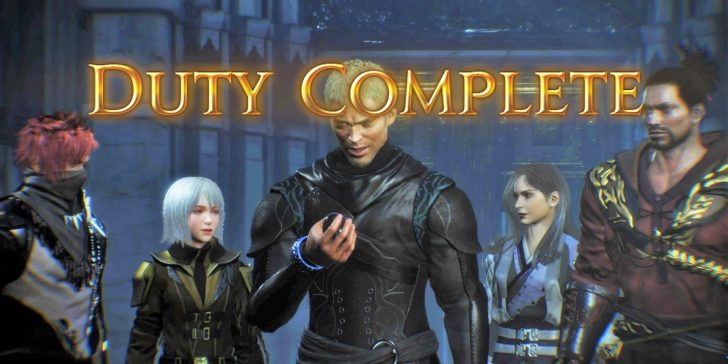 “Bullshit,” is what I would say if you told me earlier this year that Stranger of Paradise: Final Fantasy Origin would get me in my feelings. Yet here we are. Having recently finished it, I’m fresh off of the surprises and connections that truly make it a Final Fantasy game. Don’t get me wrong, it’s still campy as hell with narrative leaps that will leave you shaking your head. But once it started showing its hand towards the end and brought it all together, I couldn’t help but love this absurd ass game.

Final Fantasy XIV, along with its stack of expansions, is possibly my favorite thing ever. I believe it’s the best-playing MMORPG to date, but more importantly, it’s a home I constantly come back to. I love it dearly for its storytelling, worldbuilding, and characters — wonderfully written and told through years of thoughtful narrative design. And those little “several cutscenes are about to play, set aside time to watch them” warnings get me so hyped.

Having finished Endwalker a few months ago, I kinda needed a good long breather from the wave of emotions that came along with it. FFXIV often feels heavy — at least as someone who has been emotionally invested in it for years now. Even just walking the pristine cobblestone paths of Old Sharlayan to check the market board, there’s a part of me that has this wistful feeling upon hearing its theme song as I reflect on the long journey that had led my Warrior of Light to this place. Everywhere I go in FFXIV has a deep history, reminding me of the thoughts and feelings I had during the time I discovered these places and the stories within, captured by the lovely, evocative soundtrack. FFXIV is the quintessential Final Fantasy experience.

My Warrior of Light enjoying a snowy day in peaceful Old Sharlayan.

Now, let’s venture to the complete opposite end of the spectrum with Stranger of Paradise. Through the wave of Chaos memes and clips of incoherent cutscenes, I was oddly drawn to how goofy and nonsensical this game looked. Just dudes being bros, and gals being pals, killing Chaos and shit. The impression was that this was a gameplay-first action-RPG that flexed the prowess of developer Team Ninja. It seemed intentionally detached from the story-focused ethos of the franchise — a Final Fantasy only in name.

I mean, that’s exactly what it presents itself as. Stranger of Paradise does lean into the ridiculousness to create this exceedingly irreverent tone — though it doesn’t excuse some of the objectively bad presentation I can’t help but laugh my ass off at. Especially with the few scant cutscenes that leave you scratching your head in the beginning. At least the game made its core characters seem cool in battle and with their quips and mannerisms amid the bombastic battles against Chaos. It also helps that it comes with some good ass gameplay and a satisfying interpretation of the series’ Job system.

However, the game also leverages its tone to slowly build toward something surprisingly earnest that remains consistent with its big silly attitude. The last handful of missions frame what was unexpected because the game spends more than half its time only dropping hints and barely giving any narrative threads to work with. When Stranger of Paradise began showing its hand, my perception slowly shifted as well. There was something honest beneath the surface. Aimless banter in dungeons turned into pieces to the narrative puzzle, and the obsession with Chaos became indicative of a larger problem. And once the story’s flood gates opened, the once-threadbare plot would be recontextualized.

They’re anything but strangers by the end of Final Fantasy Origin.

Figuring out just what the hell this game was trying to do was one of the motivations pushing me through Stranger of Paradise — eager to get into the next big fight, yet also painfully curious as to what the hell this story was trying to do. Its storytelling is brash and inelegant, but has heart. Sincere in its bullshit, exemplified by Jack’s tendency to hilariously cut off monologues to cut to the chase and scream obscenities while on the attack. I bought into its personality early on, and genuinely liked its characterizations, designs, and voice acting from the start. So when it was time for it all to come together, it cashed in on its persona, flipping the script to unravel something much better than what’s shown from the outset. Kind of a risky approach, but I truly believe it’s better for it, or at least, unique.

Think of it as a chart of exponential growth (see below).

I imagine that many folks would probably see the story of Stranger of Paradise and think I must be trippin’ — and I get it. They’re probably not wrong. You still spend a lot of time clinging onto any crumb of story, there are still aspects that feel crude or underdeveloped by the end. I do appreciate the dedication to silly nonsense when it serves a purpose, whether explicitly stated or otherwise. But I’m more so weak for a dramatic showcase of the power of friendship and plot twists that rely on that theme. Fighting together, and for each other, goes a long way in creating that foundation, especially in video game form.

Do I fully understand every piece of lore in Stranger of Paradise? Haha no. I don’t think anyone is supposed to, really. Sometimes you gotta chalk it up to crystals and magic, I don’t know! And I’m not sure I’d go as far to say Stranger of Paradise is a genius piece of work in storytelling. But it is certainly effective. And if anything, the game solidified its place in the Final Fantasy pantheon by making good on that Origin subtitle.

Probably you right about now.

As I return to FFXIV again, I thought a lot about why these two contrasting games grab me for somewhat similar reasons. And honestly I just gotta repeat myself and say I’m a sucker for the power of friendship and the sacrifices characters make, even if it’s misguided or tragic — especially when gameplay is inherent in the communication of those themes. Of course, those aren’t the only themes present, but they’re the ones I tend to remember most fondly.

There is nothing like G’raha Tia’s poetic expressions of admiration for the Warrior of Light and a hero’s journey in FFXIV, or the deep sorrow of Emet-Selch which turned him into a monster you’d end up caring about. Then there’s a fist bump from Jack Chaos in Stranger of Paradise, barely speaking a word, yet communicating so much — his way of showing respect and appreciation for his friends who tried just as hard.

In many ways, Stranger of Paradise is the anti-FFXIV, in that it doesn’t care about water-tight lore or deep character development, but still uses good ol’ Final Fantasy melodrama to win your heart. Two points on opposite ends that converge on the same general area. Am I trying to say that Stranger of Paradise compares to the magnificent storytelling of FFXIV? Absolutely not. But sometimes you’re in the mood for campiness, like fast food that still tastes good and is still fulfilling. That’s kinda what this game is, and I love it for that.