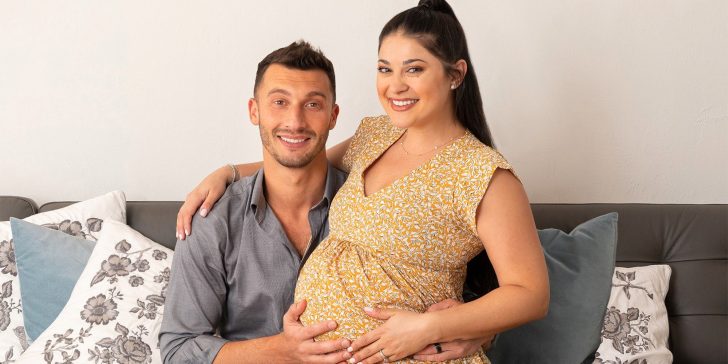 Though it sometimes seems that most 90 Day Fiancé franchise stars met through some kind of sketchy chat room, there are a lot who had their very own rom-com meet cute moments. All their chance encounters led to serious passion and relationships that are still going strong. Though some are struggling in their marriages, others are thriving, and their success could be due to the nature of the way they met.

It’s only natural that many 90 Day Fiancé relationships start online—after all, the franchise features couples who live in different countries. There are many dating apps and services designed to connect singles living in different parts of the world, and they’ve led to some surprising couples on the show. However, meeting a romantic partner online has led to additional suspicion from friends and family about the foreign partner’s motives.

But these couples met each other the old fashioned way. For most of these cast members, it was a vacation that led to the fateful meeting that would change their lives forever. But that’s not the only way these couples found each other. Every one of them had their own unique journeys to love, but they all happened to meet their current significant other in person and felt the electricity face-to-face.

Though Russ’ family had their doubts about Paola, it was clear to viewers that the couple was in love, and there were sparks between them from the very beginning. While Russ was working in Colombia in the oil industry, he went to a party and bumped into Paola, and he was instantly smitten. Russ and Paola got married in 2013 after Paola moved to America, and though the’ve struggled with their relationship, the couple is still together.

Kalani and Asuelu met when Kalani was on vacation in Samoa. Asuelu worked at the resort Kalani was staying at, and it’s no surprise she caught his eye. Feelings developed between the two, and by the end of her trip, Kalani discovered she was pregnant. The couple’s unplanned pregnancy fast-tracked their relationship and Asuelu eventually moved to the U.S. on the K1-visa and he and Kalani got married. However, their relationship has been rocky, and lately Kalani and Asuelu have sparked divorce rumors.

Biniyam and Ariela met entirely by chance. While Ariela’s relationship with her now-ex-husband was ending, she decided to travel the world. One of her destinations was Ethiopia and when she was waiting for a cab in Addis Ababa, she spotted Biniyam and quickly developed a crush. Ariela and Biniyam spent time together while she was in Ethiopia and the couple were caught off guard when they discovered Ariela was pregnant. Though they’ve had their ups and downs, Ariela, Biniyam, and their son Avi are now a happy family.

Related: 90 Day Fiancé: Why The Single Life Season 3 Will Be The Best Yet

Loren and Alexei first met when Loren was on a Birthright Israel trip and Alexei happened to be her group’s medic. Their feelings for each other grew as they spent time together during the trip. Afterwards, the couple developed their relationship over the course of several more trips Loren took to Israel. Eventually Alexei proposed to Loren and moved to America on the K1-visa on 90 Day Fiancé season 3. Loren and Alexei’s love story is one of fans’ favorites, and it helps that they met each other organically and not online.

When Emily was living in Russia working as an English teacher, she started to get lonely and decided to join a gym, which was where she met Sasha. Sasha worked at the gym as a trainer and was technically already married, but he and Emily struck up a friendship anyway. It wasn’t long before Sasha ended his marriage and began dating Emily seriously, which resulted in an unplanned pregnancy. The couple welcomed their son David, but in recent months they’ve been having a difficult time, and currently Sasha is in Russia and Emily and David are back in America.

The 90 Day Fiancé season 3 couple first met when Melanie was on vacation in Jamaica, where Devar lived and worked at the resort Melanie was staying at. Sparks flew when the two locked eyes, and for their first date they went on a jog together. The two were inseparable throughout the rest of Melanie’s trip, and by the end Devar got down on one knee and proposed to her. Though they faced a lot of opposition from Melanie’s friends and family, the couple is still happily together.

David had already fallen in love with Annie’s native country Thailand, and while on vacation, chance brought him to the same bar Annie was in. Before David ever saw Annie’s face, he heard her singing and quickly fell for her. David bought Annie a drink and the two spent the rest of David’s trip spending time together. The couple fell deeper in love, and the rest is history. Now, David and Annie are one of the most successful couples in the franchise, and they’ve built a great life together.

Though Justin and Evelin are one of the least memorable franchise couples, that doesn’t make their love story any less genuine. The couple met in Colombia at the 2013 World Games while they were standing in line for a hot dog. Justin and Evelin fell for each other quickly over the course of a week and both wanted to pursue a relationship. After three months of dating long distance, Justin proposed to Evelin and the couple started the K1-visa process. Justin never told his friends and family that he met Evelin or had proposed to her, which caused some friction, but today Justin and Evelin are doing great.

Though not all of their relationships are perfect, these 90 Day Fiancé franchise couples have so far been able to make it work. Their success could be due to the fact that their relationships started out face-to-face, and they knew right away if they had chemistry. Their connections were able to grow quickly because they had butterflies from their very first meetings.

Next: 90 Day Fiancé: Couples Who Were Better Off-Screen Than On-Screen