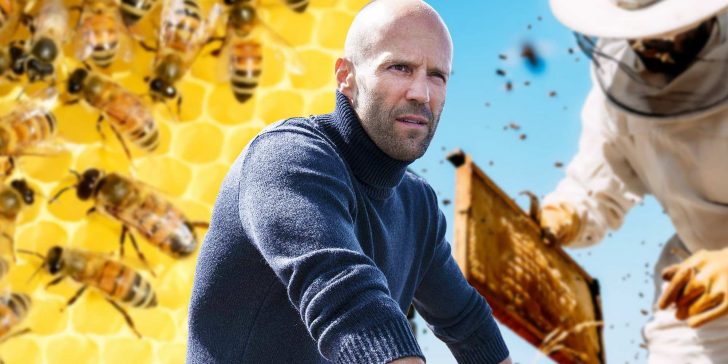 Suicide Squad and Fury director David Ayer is set to direct Jason Statham in the unconventional action film The Bee Keeper for Miramax.

David Ayer, best known for helming 2016’s Suicide Squad, is set to direct Jason Statham in the unconventional action pic The Bee Keeper. Statham signed onto the film last year, which was picked up by Miramax from a spec script by Kurt Wimmer (Salt, Equilibrium). The story is said to be “a lightning-paced thriller deeply steeped in the mythology of Bee Keeping,” hence where the unconventional aspect kicks in. Statham is the only star attached to The Bee Keeper at this time, but production is not expected to begin until late summer.

Ayer made a name for himself as the writer of Antoine Fuqua’s Training Day and the first The Fast and The Furious film. Later, though, he started to write and direct his own features, which typically lean into more raw, realistic and unsettling territory, exemplified in films like Harsh Times, End of Watch, and Fury. Ayer directed Suicide Squad in 2016, and while it was a commercial success, it was also critically panned. The director has since made the case for his director’s cut of the film to be released, the aptly-named “Ayer Cut”, which is said to be more in-line with his style and sensibilities rather than the more commercial version released in theaters.

Now comes word (via Deadline) that Ayer is stepping behind the camera for The Bee Keeper, marking the first team-up between Ayer and Statham. Both have made a name for themselves doing hard-edged thrillers and action films, so the team-up appears to be in line with what Wimmer’s script calls for. Miramax is expected to shop The Bee Keeper at Cannes later this month, which will get the film into production quickly. With Ayer and Statham aboard, the pic should sell fast, especially when considering they have a combined box office of more than $10 billion when all of their franchise work is factored in.

Statham will next be seen in The Expendables 4 and Guy Ritchie’s Operation Fortune: Ruse de guerre. The actor is also filming The Meg 2: The Trench, a sequel to his surprise 2018 blockbuster, which pulled in $530 million worldwide. Statham has been steadily building up franchise roles (Fast & Furious, The Expendables, The Meg), while also dabbling in one-off action roles like The Bee Keeper. He’s also found time to partner with trusted collaborators like Ritchie, who he has worked with multiple times throughout the years.

Ayer’s raw, stylish aesthetic will no doubt fit Statham’s charm and physicality to a tee, as both are well-suited for a collaboration like The Bee Keeper. It sounds like an interesting concept overall, even if it is currently scant on details. Ayer has continued to be an exciting filmmaker who can pull wild, eccentric and sometimes maniacal performances from his work, be it Denzel Washington in Training Day, Jared Leto in Suicide Squad, Christian Bale in Harsh Times, or Brad Pitt in Fury. Hopefully, Ayer has something cool in mind for Statham to add to that repertoire in The Bee Keeper.

Next: The Expendables Spinoff Theory: Jason Statham Will Take Over The Series