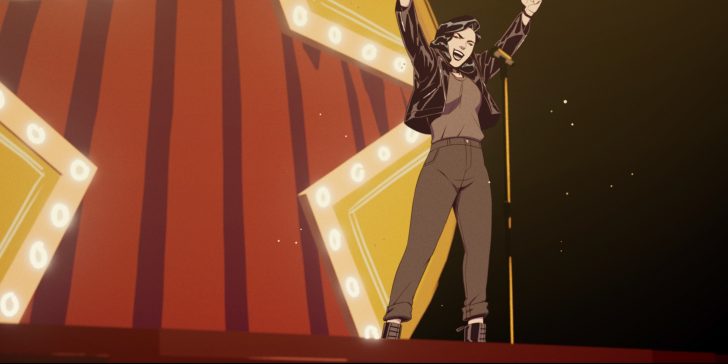 The renaming came alongside news that the studio is partnering with Humble’s publishing arm Humble Games to bring Stray Gods to Steam, as well as release a brief teaser trailer for the project. The video is less than a minute long, but features Bailey’s character Grace singing over environmental art. The tease ends showing Grace performing on stage, then her opened eyes glowing yellow.

Check it out below:

Stray Gods was unveiled under its original name back in 2019, and was funded with a Fig campaign. In a post on the campaign page, Summerfall says it changed the name because it “did not want to conflict with any existing titles.” This is likely referring to Chorvs/Chorus, which was announced and launched in the years since Summerfall’s initial announcement. As for what the Humble partnership means for backers, Summerfall says in its Fig post that backers will be unaffected by the publisher having its hands in the project, and that all rewards for high-contributing backers are still on track. But the partnership does mean Stray Gods will have more songs, dialogue choices, voice acting, and more choices than initially planned.

The studio also confirmed that songwriting for the game has concluded, and the soundtrack has reached the recording phase. Music for Stray Gods will include contributions by Melbourne band Tripod, composers Scott Edgar, Steven Gates, and Simon Hall, as well as Eurovision entrant Montaigne.